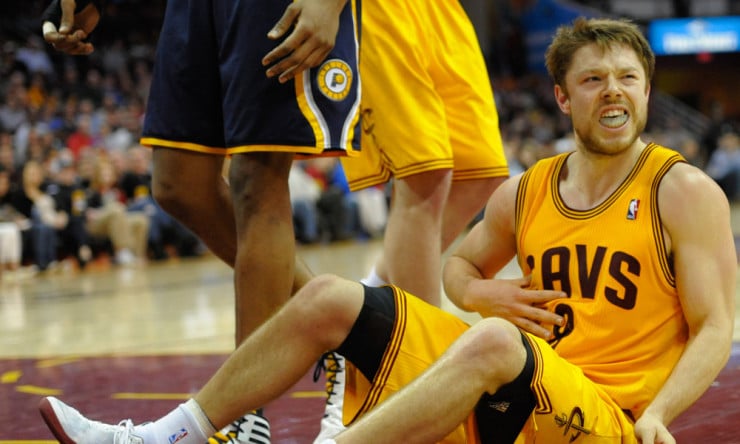 Game 3 was a performance for the ages from LeBron James, who put up a monster triple-double with 37 points, 18 rebounds and 13 assists, including some huge shots in overtime. Now the Cavaliers have a commanding 3-0 lead that all but assures them a spot in the 2015 NBA Finals.

James managed this performance despite starting the game 0-for-10, the worst shooting start of his career, and an ankle injury that had him clearly limping in overtime. It took him 37 shots to get it done (another career-high), but he did get it done. Without Kevin Love and Kyrie Irving, he willed the Cavaliers to a pivotal win. It’s impossible to understate just how important his Game 3 performance really was.

It’s a good thing that James was so amazing, too, because had he not been, the focus would have fallen solely on the Matthew Dellavedova play that resulted in Al Horford’s ejection toward the end of the first half. Once again, the Cleveland point guard threw his body like a projectile toward the bottom half of an Atlanta player, and considering how that turned out for Kyle Korver, the Twitterverse exploded in the wake of yet another wild flailing of his body.

Whether the play was dirty or not, getting Horford ejected was a big deal considering he was leading the team in scoring heading into the half. Nobody else on that Atlanta roster cooked in the first half like Horford, so to have him ejected was a big deal. Dirty or not, Dellavedova’s ability to agitate his opponents has been a huge help all playoffs. His 17 points in Game 3 didn’t hurt anything, either.

There’s not much else to say in this series. Cleveland is playing some of its best basketball of the year and needs to win one game in the next four. No team in league history has ever failed to do that when up 3-0. The way Cleveland’s playing, that shouldn’t be a problem for them, either.

It was great to see the Hawks keep things close in Game 3, even after Horford was ejected, but that was really the point during which the game was essentially over. Kent Bazemore, Paul Millsap and Jeff Teague had big games, and even Shelvin Mack made a fun cameo. But none of it is enough when two of the team’s four All-Stars are not playing. No Horford and no Korver makes it very, very hard to beat a Cavaliers team playing as well as it has been playing.

At this point, Atlanta would be thrilled just to make it an interesting series. The Hawks got off to a solid start in Game 3 by drilling the ball into Horford, which was something that took them an entire half to figure out in Game 2. Doing so makes Atlanta a significantly better team, so assuming Horford isn’t suspended for his Flagrant II foul (and he shouldn’t be), they should do everything they can to reestablish him as a presence from the tip. They’ll try to get him involved again because they know they can’t win without him having a big game.

Beyond that, the Hawks have to scrape and claw, because winning a single game in this series would be a minor victory in and of itself at this point. Now it’s just a matter of going down swinging because, one way or another, they are going down.

Cleveland is on a roll and Atlanta is defeated. Game 4 should put the Hawks out of their misery.