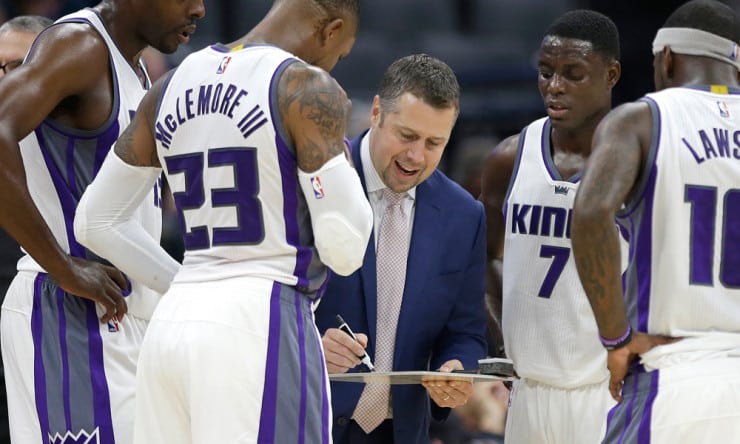 That means moving DeMarcus Cousins, who had 38 points and 13 rebounds, to center and surrounding him with smaller players. Kosta Koufos, who started at center on Friday, did not play in the second half vs. the Clippers.

Along with sliding Cousins to center, Joerger inserted point guard Darren Collison to play alongside Ty Lawson, and he moved Arron Afflalo to small forward and Rudy Gay to power forward.