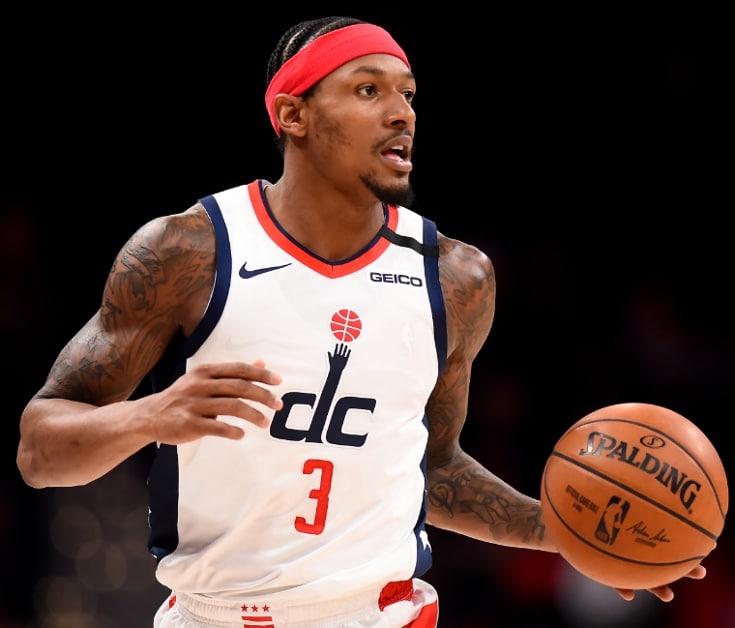 Heading into the second regular season contest for both Eastern Conference contenders, the Wizards are 3-0 in their past three head-to-head meetings versus the Pacers. On May 8, 2021, the last time these teams played one another in the regular season, Washington won 133-132.

For the top news story, Reggie Miller was selected to the NBA’s 75th Anniversary Team. Over the course of his 18-year NBA career, he averaged 18.2 points, 3.0 rebounds and 3.0 assists per game. The five-time All-Star was inducted into the Naismith Memorial Basketball Hall of Fame in 2012.

.@ReggieMillerTNT’s reaction to making the #NBA75 team is amazing ? pic.twitter.com/yscp0ePJqH

For the Pacers, they have three players listed as questionable: Jeremy Lamb, Jrue Holiday and Torrey Craig. To add to the list, T.J. Warren is out indefinitely due to a foot injury. Caris LeVert is expected to miss the first four games of the season as well. The small forward is still recovering from a back injury. Next, Kelan Martin was downgraded to out for tonight.

On the flip side, for the Wizards, Bradley Beal and Anthony Gill are listed as questionable to play on Friday. Additionally, Rui Hachimura, Cassius Winston and Thomas Bryant are out against the Pacers. Though, Beal and Gill will likely play.

Furthermore, in the Pacers’ 123-122 road loss to the Hornets on Wednesday, forward Domantas Sabonis led the team in scoring, putting up 33 points in 39 minutes played. Guard Malcolm Brogdon accumulated 28 points, 4.0 rebounds and 11 assists in 40 minutes on the court as well. Charlotte held Indiana to only 13 points in the third quarter, while scoring 33 points.

Upon further review of the box-score game statistics, the Pacers shot 42-for-90 (46.7%) from the field and 17-for-47 (36.2%) from three-point range. While they lost the turnover battle 16 to 8, they out-rebounded the Hornets 51 to 46. It should go without saying that Indiana’s poor third-quarter performance lost them the game.

Meanwhile, in the Wizards’ 98-83 road win over the Raptors on Wednesday, guard Bradley Beal scored a team-high 23 points in 34 minutes spent on the court. Montrezl Harrell also ended his performance with 22 points, 9.0 rebounds and 1.0 assist.

Moreover, the total for Friday night’s contest is set at 226.5. Indiana scored 122 points versus the Hornets, whereas Washington finished their first regular season game with 98 points. This is a combined total of 220 points. However, both Eastern Conference competitors are capable of scoring at least 120 points each. The previous three games played head-to-head prove it. Not to mention, 60% of gamblers believe the Wizards will cover the spread.

Pick the Pacers to win, they will cover the spread and the total will go over 226.5. Indiana is a 1.5-point underdog with BetOnline.