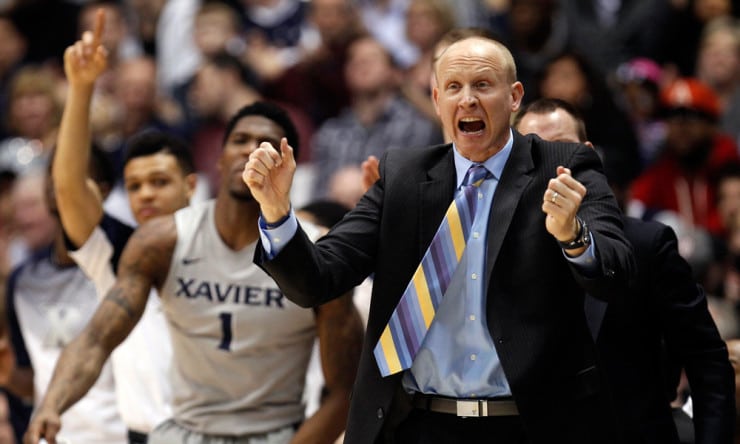 The critics may be right about this team’s schedule and quality non-conference wins.  Alabama, Missouri, Auburn and FGCU do not look like strong wins here now in March, but beating Butler, Georgetown and Seton Hall when they were hot and making the finals of the Big East Tournament sealed their trip to the big dance. Chris Mack has been the next in a long line of Xavier coaches to be mentioned for open jobs and it’s because he motivates his teams through all adversity.  This might be his best coaching job yet as the Musketeers have six players averaging between eight and 12 points per game.  They also ranked 6th amongst all NCAA teams in assists per game.  While the tournament is so much about preparation and matchups, Xavier’s ability to share the ball is impossible to replicate.  Mack’s emotional style has gotten the most out of part-time Uber driver center Matt Stainbrook.  He has been on fire during the conference tournament and averages 12.2 PPG, 6.7 RPG and an impressive 2.4 APG on the year.   Xavier will depend on 6’4 freshman guard Trevon Bluiett (12 PPG, 4.5 RPG) and sophomore Myles Davis (10.2 PPG, 2.4 APG) to show veteran leadership if they plan on knocking off a top seed and seeing the Sweet Sixteen.  If they do, they can start the coaching search soon after.

Andy Kennedy is intense, and there is no question he lives by the mantra “satisfaction leads to failure,” but one has to be pleased with this years Ole Miss squad. In a year in which Florida has struggled mightily, and Kentucky has dominated the headlines, the Ole Miss Rebels have fought their way to a 19-9, 10-5 record. Despite losing the offensively gifted, yet highly troubled Marshall Henderson, Ole Miss has managed to put fourth a solid 73 PPG and one thing that has not changed is the willingness to shoot the three (19.2 attempts per game). That can mean you live by the three and die by the three, as was evident in a victory at Mississippi State and a loss to Georgia. The success has been spear headed by the offensive onslaught of transfer Stefan Moody (16.5 PPG, 3.4 RPG, 2.2 APG, 1.7 SPG) who has hit big shot after big shot on his way to an outstanding season. Jarvis Summers (12.3 PPG, 1.8 RPG, 4.5 APG) has quietly provided a steady hand and spread the ball around, leading the team in assists. If Ole Miss is to have a chance to move on come tourney time it will hinge on defensive end. Often times starting games in man-to-man and moving to a 1-3-1 zone, the Rebels have been susceptible to conceding transition baskets and three-pointers (especially when in that zone). If they are unable to find the solution on that end of the floor, their March success could be short lived.