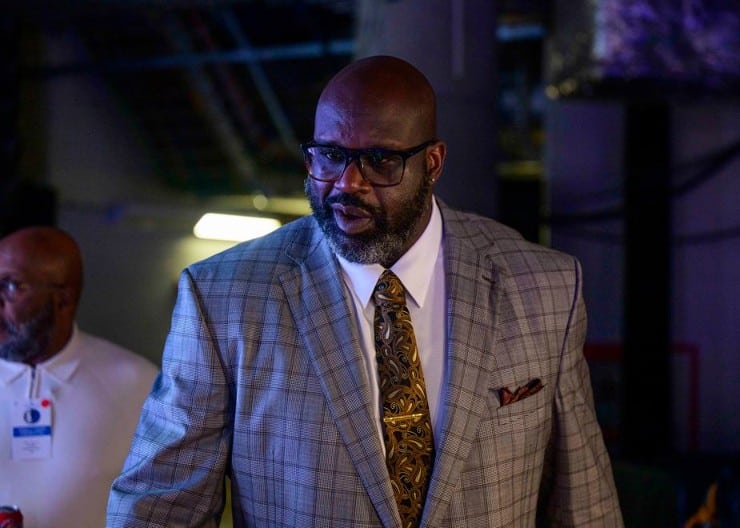 Since Robert Sarver is selling the Phoenix Suns, Hall of Famer Shaquille O’Neal is set to join billionaire Jeff Bezos in a bid to purchase the NBA franchise. Per sources, Bob Iger might buy a share as well.

Following an investigation into allegations of workplace misconduct involving Sarver, the Suns owner was suspended one year and fined $10 million. Last Wednesday, Sarver announced his decision to sell the team.

According to a few NBA betting sites, the Suns possess top-5 odds of winning a championship in the 2022-23 season. Find out which sportsbooks are anticipating a down year.

In late September, Shaquille O’Neal was interested in purchasing Sarver’s share of the organization. However, after finding out Bezos had planned on bidding on the team as well, the Lakers legend backed off.

Of course, Sarver bought the Suns from Jerry Colangelo in 2004 for $401 million. Forbes expects the franchise to sell for $2.5 billion.

In an interview with TMZ, O’Neal revealed his estimated net worth to be nearly $400 million. While still wealthy, this amount is insufficient next to Bezos and Iger’s bank accounts. As of October 2022, Bezos’ net worth is $138.6 billion.

As for Iger, his net worth in 2022 is $690 million. In December 2021, the multimillionaire revealed that he was interested in purchasing the Suns.

Though, it appears both Iger and O’Neal are facing an uphill battle if they want to purchase the NBA team. And that’s assuming Bezos outbids them both.

Per BetOnline, Iger trails Bezos with the second-best odds (+300) of becoming the next owner of the Suns. After Shaq’s news, the sportsbook’s list will likely receive an update.

“Nobody on this planet can compete with Big Man JB,” Shaquille O’Neal mentioned to TMZ earlier this week. “Because you know what? I just ordered 50 things off Amazon today. Big Man JB got that money coming in!”

Everyone should be concerned. In March 2021, the NFL signed an 11-year deal with television networks to give Amazon Prime exclusive streaming access to Thursday Night Football. The contract is worth at least $100 billion.

Shaquille O’Neal could still put in a bid to buy the Suns. But he even said so himself that his expectations of becoming the majority owner are low. Jeff Bezos, a Princeton University alumnus, is the third wealthiest man on this planet.

In addition to owning Amazon, Bezos bought the Washington Post for $250 million in 2013. Plus, he’s the founder of the spaceflight company known as Blue Origin.

It’s like watching that one annoying player own everything on a Monopoly board.