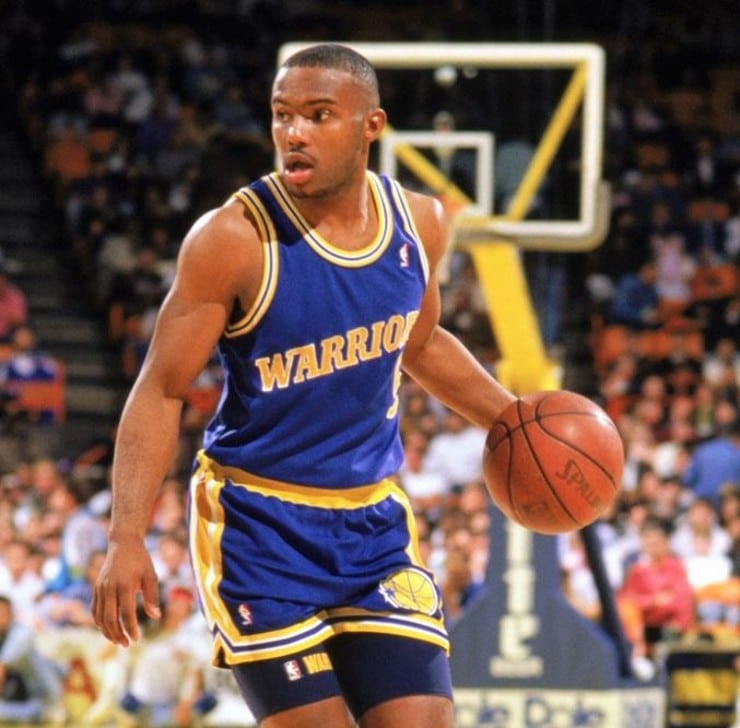 On Saturday, Tim Hardaway Sr. will be inducted into the Naismith Memorial Basketball Hall of Fame. He is the father of Dallas Mavericks guard Tim Hardaway Jr.

After being passed over five times, the Chicago native finally made it into the Hall of Fame. Tim Hardaway Sr. told Marc J. Spears of Andscape, “I was scared to answer the phone, to tell you the truth.”

“I had been rejected five times before. I was shaking. But after the third or fourth ring, I picked it up. A [Hall of Fame official] called and said, ‘I got better news than the previous times. I want to congratulate you for making it to the 2022 Hall of Fame.'”

The former Warriors guard is famous for his iconic “UTEP two-step” crossover move. In a separate interview with Andscape, Isiah Thomas mentioned, “In Chicago, I was known for the between-the-legs dribble.”

“And then I saw Tim when he was in high school at a Christmas holiday tournament that I came back to as one of the special guests.”

“Not only did Tim have the in-between the legs, but he added a crossover to it. We all played with the crossover, but none of us made it a staple piece to your move.”

Tim Hardaway Sr. ready to be inducted into Hall of Fame

He was selected to the NBA All-Rookie First Team.

In the following season, Hardaway Sr. played a full season. He recorded then career-high numbers. With the Warriors, the guard averaged 22.9 points, 4 rebounds, 9.7 assists, and 2.6 steals per game.