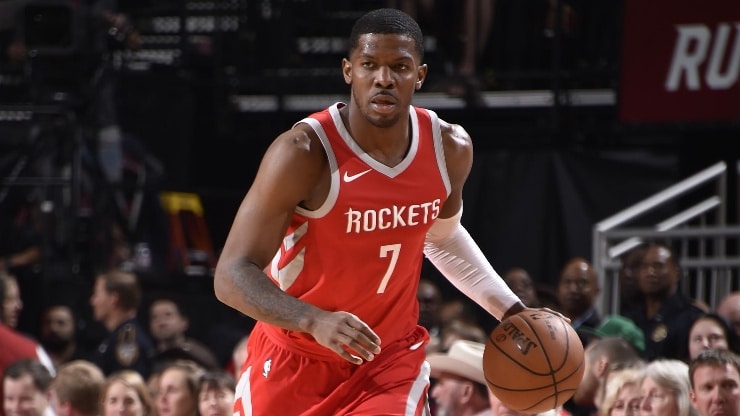 Seventeen-year veteran Joe Johnson has had a long, successful career in the NBA. On Saturday, the 40-year-old told media reporters, “No, I’m not done. We’ll see what happens here. We’ll see, man. I don’t have nothing definite to tell you, to be honest with you. But I’mma be out here to try to get things done.” The Boston Celtics selected the 6’7” shooting guard/small forward 10th overall in the 2001 NBA Draft.

Then, on Aug. 19, 2005, he was traded to the Atlanta Hawks for Boris Diaw, a 2006 first-round draft pick and a 2008 first-round draft pick. While playing for the Hawks, he earned the nickname “Iso Joe” for his ability to score on opponents during isolation plays. Johnson earned a career-high season average of 25 points per game in the Hawks’ 2006-07 season.

After playing for the Brooklyn Nets, Miami Heat and Utah Jazz, the Jazz traded him to the Sacramento Kings on Feb. 8, 2018. Three days later, he was waived by Sacramento. Not long after Johnson was waived, he was signed by the Rockets and finished his season in Houston. In the Rockets’ 100-91 win over the Kings, he accumulated 9.0 points off the bench. However, the organization waived him in the offseason after this brief stint.

Moreover, the small forward signed with the Detroit Pistons on Sept. 19, 2019, but the seven-time All-Star was waived again one month later. The star failed to draw interest from NBA teams at this point of his career. Therefore, he decided to play in the BIG3, a three-on-three basketball league founded by Jeff Kwatinetz and Ice Cube. In his first season, he was named BIG3 MVP.

Plus, the veteran helped his Triplets team to defeat the Killer 3’s, winning his first BIG3 championship. On Sept. 4, 2021, he won his second BIG3 MVP award. According to Basketball-Reference, his estimated NBA career earnings is $220,260,806. Johnson has a hall of fame probability of 50.6%.