Connect with us
Home » news » basketball insiders week in review 1030 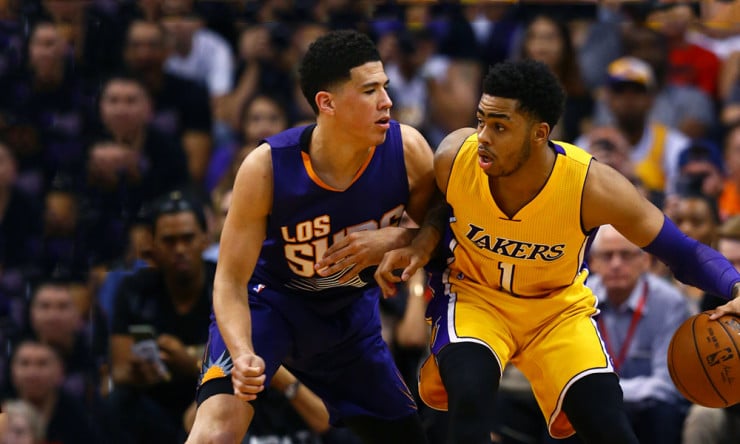 As we head into the 2016-17 NBA season, the Sacramento Kings are a team that should appear on your “must watch” list. But not exactly for riveting basketball.

In all likelihood, we are watching the final days of Rudy Gay’s career as a King, but it is DeMarcus Cousins whose potential move could have power shifting potential.

Trading him will probably be the most difficult decision that vice president of basketball operations and general manager Vlade Divac will have to make.

Still, it appears to be an easy one.

Winning the NBA’s Coach of the Year award is no easy task and predicting it can be difficult too. This year, the race for the honor seems relatively wide open.
Historically, this award is given to the individual who either exceeds expectations significantly or leads their team to a dominant record that can’t be ignored. Last season’s Coach of the Year was Steve Kerr, who falls into the latter category after guiding the Golden State Warriors to an NBA-record 73 wins. In 2015, Mike Budenholzer of the Atlanta Hawks won the award with an impressive 60-22 record, which exceeded expectations. In fact, Westgate Las Vegas predicted that the Hawks would win just 40.5 games that year.

Looking at past recipients of this award, every single winner has unsurprisingly boasted a winning record. So while exceeding expectations can help a coach get some votes, a coach whose team falls outside of the playoff picture isn’t taking home this hardware.

Let’s take a look at some coaches who may be in the mix for this season’s Coach of the Year award, splitting the list up by top candidates and dark horses.

We are a living in some sort of Bizzaro World where ESPN is able to write an entire story about LeBron James and Dwyane Wade gearing up for a World Series bet that involves the Cleveland Indians and Chicago Cubs, the two MLB teams that have gone the longest number of years without winning a World Series. For Cleveland it has been 68 years, while the Cubs very famously have gone well over a century since their last World Series championship.

Obviously, one of those streaks is going to die in the coming weeks, but things don’t look quite so rosy for basketball’s most championship-hungry teams. The two NBA teams that look destined for a run at the championship are the two teams that have spent the last two years dueling it out. The longest streaks, unfortunately, look like they’re at least another few years away from breaking free of the misery Cubs and Indians fans have dealt with for decades.

Here’s a look at the longest championship droughts in the NBA:

By now, NBA teams have made the necessary roster cuts to bring their respective rosters to the maximum 15 spots. Teams had until 5 p.m. EST today to get their rosters finalized for Opening Night, which is tomorrow. While teams were required to have no more than 15 players on their team, some teams opted to head into the season with 14 players.

The NBA Draft Is A Crap Shoot

To say the NBA Draft process is a crap shoot undervalues how easy crap shooting is. Seriously, the miss rate on first-round draft picks in the NBA is becoming increasingly high and it’s one of the many reasons the NBA was pushing for a higher age limit to enter the NBA. Ultimately that was a fight not worth winning in next labor deal, but it remains a problem every team must manage in their own way.

There are a few myths with regards to draft picks, the biggest being that a draft pick must be a cornerstone of the future. While that is often true of top overall picks, it’s rarely true of any other pick.

Joakim Noah has always been a fiery vocal leader on the court, but it was his vocal recruitment over the phone with fellow Knicks free agent addition Courtney Lee that persuaded the shooting guard to come to New York.

“I just told him, ‘Stop bull—–ing. Come to New York,’” Noah candidly told Basketball Insiders. “There’s nothing like playing here and it’s true because it’s a very special place to play basketball and regardless of what happens, I’m not going to take that for granted.”

Why did Noah put such an emphasis on recruiting Lee?

Yes, they were all lottery picks in the last three years. They are some of the NBA’s most talented up-and-coming prospects.

Wiggins, Towns and Simmons were the last three No. 1 overall draft picks. LaVine and Gordon have had success and put on a Slam Dunk Contest for the ages in February. Each player has a ton of potential, and some of the NBA’s next stars could emerge from this group.

However, these players have another common thread connecting them, albeit one that is lesser known: They are all clients of Graham Betchart.

“Continuity” and veteran point guard Ish Smith typically aren’t synonymous. One implies a measure of consistency, the other speaks of perseverance and the uncanny ability to somehow thrive in constantly changing environments. The Detroit Pistons signed Smith to a three-year, $18 million deal in free agency this past summer and when the guard steps on the court opening night, it will mark the 10th team he has logged a regular season minute for since entering the league.

In six seasons, Smith hasn’t logged over 75 games for any franchise, but the Pistons provide an opportunity for stability (as evidenced by the multi-year deal). The veteran has an even bigger opportunity to entrench himself into the team’s future with starting point guard Reggie Jackson expected to miss the first two months of the season due to knee issues.

The Coronation of King James

Last night, just a few hours after the Cavaliers hoisted their 2016 championship banner to the rafters of Quicken Loans Arena, the Indians won Game 1 of the World Series across the street at Progressive Field. For the first time in a long time, it’s good to be a Cleveland sports fan.

For the first time in a long time, LeBron James embarks on the start of a basketball season without the weight of the world on his shoulders. By winning his third ring in jaw-dropping fashion and, most importantly, ending Cleveland’s title drought as he promised, James is at the point where he’ll simply be adding to his already-amazing legacy going forward.

High Complements: On Related Skills and the NBA’s Best Passers

For many a common basketball fan, the tendency to compartmentalize skills as separate, individual tasks is understandable. Elements of the game like shooting, passing, rebounding, running the floor or any of several dozen others look very different; after all, it’s easy to see how quality within a given skill area could be interpreted as its own free-standing conversation. A guy can be a great rebounder but a terrible shooter, so why shouldn’t we address those areas separately?

Reality, though, is near the other end of the spectrum entirely. While it’s true that the occasional on-court skill holds standalone value, most only truly shine through when viewed through the lens of other, complementary talents.

Future of the NBA is in Good Hands

Since the end of last season, the NBA has said goodbye to some of its most iconic stars. Tim Duncan, Kobe Bryant, Kevin Garnett and Elton Brand all retired this offseason, leaving Dirk Nowitzki, Vince Carter, Manu Ginobili, Paul Pierce, Metta World Peace and Jason Terry as the only remaining active NBA players who were drafted in the 1990s.

While it is tough to say goodbye to players that have been around for roughly two decades, fans can take solace in the fact that the first few days of the 2016-17 season have served as a strong reminder that the NBA is flooded with top-level talent and a wave of younger players who are on the path to stardom.