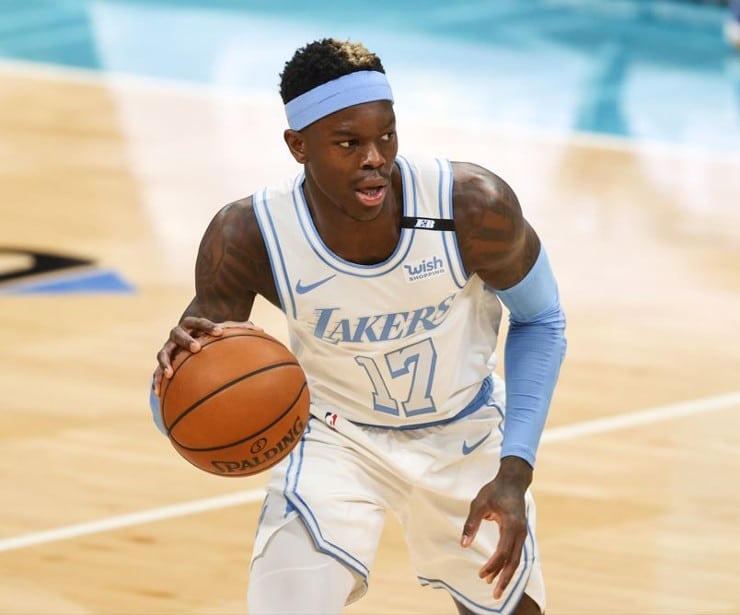 Dennis Schroder is returning to the Los Angeles Lakers on a one-year, $2.64 million deal. The nine-year NBA veteran played with LeBron James and Anthony Davis in the 2020-21 season.

Schroder is signing a one-year, $2.64 million deal to return to the Lakers, sources said. https://t.co/SIN6gcULEG

After the news dropped, Dennis Schroder posted an image next to this caption on Instagram: “LakerNation!!! This past year didn’t feel right… i felt misunderstood & nobody really knew the story! Im coming back to the biggest organization to make s—t right!” 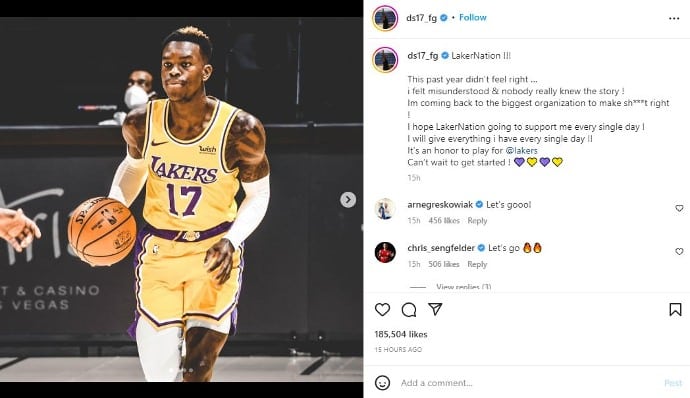 Dennis Schröder was selected 17th overall by the Atlanta Hawks in the 2013 NBA Draft. He played his first five seasons with the team.

In May, Darvin Ham was hired as the 28th head coach in Lakers franchise history. While with the Hawks from 2013–18, Schroder played under assistant coach Ham.

Dennis Schroder returns to Lakers on a one-year, $2.64 million contract

On Friday, Lakers G.M. Rob Pelinka commented on the signing. “We are extremely pleased to welcome Dennis Schroder back to the Lakers,” explained the NBA executive.

“Not only do Dennis and Coach Ham share a player-coach history together, but they also reflect one another’s mentality of toughness with an extremely competitive edge.”

“Dennis will add both depth and an on-ball defensive presence to our core at the guard position,” continued Pelinka. “He is also a proven scorer and playmaker.”

“We are really excited for Dennis to get to camp and get back to work in L.A. after his highly successful run with his national team this offseason.”

Last March, the guard rejected a four-year, $84 million contract extension with the Lakers. The extension also included incentives for playing at least 65 regular-season games and earning an All-NBA honor. So, he essentially turned down $92 million.

Before last season’s trade deadline, the Celtics dealt Schroder, Bruno Fernando, and Enes Kanter Freedom to the Houston Rockets for Daniel Theis. Now, Theis is with the Indiana Pacers and Freedom remains a free agent.

Through 15 games played with the Rockets last season, the guard averaged 10.9 points, 3.3 rebounds, and 5.9 assists per game.

More news stories concerning Dennis Schroder and the Lakers are on the main page.