Connect with us
Home » news » do you really want the truth 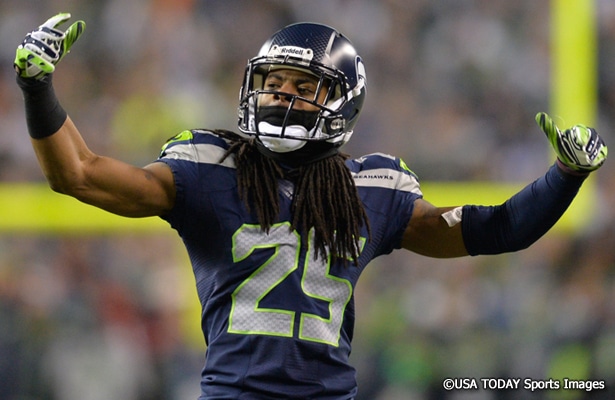 We always say we want the truth. We say there is nothing more boring than an athlete who rattles off clichés such as: “Nothing comes easy in this league,” or “Our backs were against the wall and guys really stepped up tonight.”

What the fallout from Seattle Seahawks’ cornerback Richard Sherman’s comments after the NFC Championship game demonstrates is that we really don’t want the truth. It seems that most people only want a version of the truth that makes them feel comfortable. Thing is, the truth is often the very opposite.

For example, most humans really struggle with the notion that there is nothing after death. Despite having zero demonstrable evidence, groups and cultures have constructed stories to the contrary to assuage this fear of death for seemingly as long as there have been people. Why? Because the reality of death and its finality is extremely uncomfortable and anxiety provoking.

My work as a clinician has taught me that chronic denial of reality and psychopathology are often strongly correlated. It can be very painful and uncomfortable to see the world for what it really is. Of course, it can also be extremely liberating, too, if one is willing to see that journey through.

Perhaps I have digressed into the world of the existential just a bit too far since the impetus for Sherman’s words were a simple game of football. That said, the reaction to his words has only further solidified the notion that what most people say they want they often can’t handle.

Sherman’s truth was too abrasive, arrogant or perhaps even aggressive for most. It was still his truth, though. Just because it made talking heads or the accountant who lives two doors down from you squirm doesn’t change that fact.

So do you really want the truth? Really?

How about Charles Barkley’s famous claim of, “I am not a role model.” Granted, the words of Barkley were recorded in attempt to sell a product, but think about the outcry that came from The Round Mound of Rebound’s claim. This was his truth. Most couldn’t handle it in 1993 and an equivalent portion of the populace would be equally outraged if an athlete of Barkley’s stature uttered similar sentiment today. Heck, with social media the disapproval could very well be more pronounced.

Think back to many of the avowals boxer Mike Tyson has made over the years. There’s no doubt that he has been, and still remains today, a psychologically wounded person. However, the things he said after matches and in other media forums were so brutally honest and came from a place deep in his suffering psyche. Stating that he wanted to eat Lennox Lewis’ children has become the quintessential example of this. Due to how uncomfortable his comments made us feel, we often joked about it as a way to avoid having to bear witness to his truth.

After a game in 2001 then Portland Trail Blazers’ guard Bonzi Wells stated that the fans “don’t really matter to us.” He later added that he was “not really going to worry what the hell (the fans) think.” Do you really believe Wells is the only athlete or coach to ever feel that way?

There is the recent statement of provocateur Dennis Rodman about Kim Jong-un when he called the North Korean leader “a great guy” while also adding, “he loves basketball, and he’s interested in building trust and understanding through sport and cultural exchanges.”

How could we omit one of the most famous press conferences in the history of sport, when Allen Iverson uttered the now infamous “we talking about practice” phrase a total of 14 times. You think Iverson is the only guy who hasn’t wanted to practice over the years? As a result of this few minutes of infamy, many in the media have made Iverson the poster boy for all that is wrong with modern professional athletics.

James Harrison, while a member of the Pittsburgh Steelers, said of the NFL’s Commissioner Roger Goodell: “If that man was on fire and I had to piss to put him out, I wouldn’t do it. I hate him and will never respect him.”

This exercise could go on for hours. There have been so many athletes prior to Sherman who have spoken their truth and been tarred and feathered by the media and the fans for doing so. This alone does not bother me. What bothers me is that fans and media members alike continue to insist that they want the truth when they really don’t.

If we really want the truth then we have to accept that we aren’t going to agree with what everyone has to say and with the way they are going to say it. We have to stop insisting that the world must agree with us and understand that hearing the truth is frequently an excruciatingly prickly endeavor.

A person’s truth may not be pretty. It may be enveloped in pain and suffering. It may be draped in a narrative that most people could never imagine. Truth routinely provides complexities that clichés could never hope to. Truth challenges us to sit with uncomfortability, which is an exercise most of us would rather avoid.

Dr. Travis Heath is a psychologist in private practice, assistant professor of psychology at MSU Denver and former team consultant in the NBA. He also co-hosts a show on Mile High Sports Radio on Tuesday nights at 6 p.m. You can follow him on Twitter @DrTravisHeath.