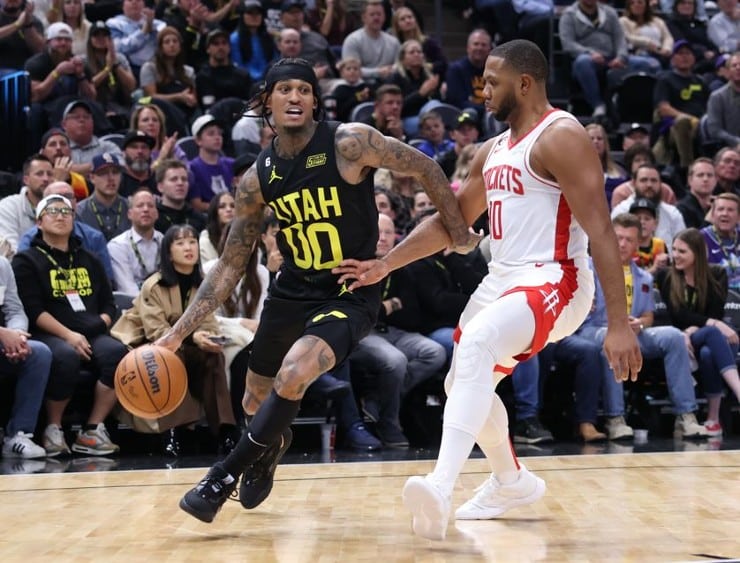 The Utah Jazz were hesitant to find a trade partner for guard Jordan Clarkson. As it turns out, Jazz executive Danny Ainge wants to retain the NBA veteran — at least for now.

Rumors suggested that Clarkson would get traded to the Los Angeles Lakers for Russell Westbrook. ESPN NBA Insider Zach Lowe believes the guard is now off limits for a trade.

A couple of NBA betting sites are giving the Jazz the eighth-lowest odds to win the championship this season. However, some sportsbooks are not ruling out a potential playoff appearance.

ICYMI: Big chunk of this week's first Lowe Post podcast w/ @Herring_NBA was on LAL/PHI/BKN opening 2-8 — and potential implications of their sputtering. Now 2-11 after last night. Plus Blazers, Jazz, much more:

“I’ve heard the same stuff that other people have reported that they are just super reluctant to move Clarkson,” Lowe said.

“They’re really fond of him for whatever reason so I would peg him as the least likely of all these Jazz guys to get traded.”

If the Jazz keep Clarkson, after this season, there is a chance the former Sixth Man of the Year will want out of Utah. It depends on the guard’s priorities.

Either he will continue playing on the rebuilding team or sign with a playoff contender in the 2023 offseason.

Of course, Utah’s front office could work out an extension before the guard’s eligible for free agency next summer. Nonetheless, besides receiving a hefty contract, it would seem more logical for Clarkson to explore his options after the season.

Then again, after Ainge acquired multiple first-round draft picks from the Donovan Mitchell and Rudy Gobert trades, not one veteran should feel safe with the Jazz. If the price is right, older stars are tradable. It’s just good business.