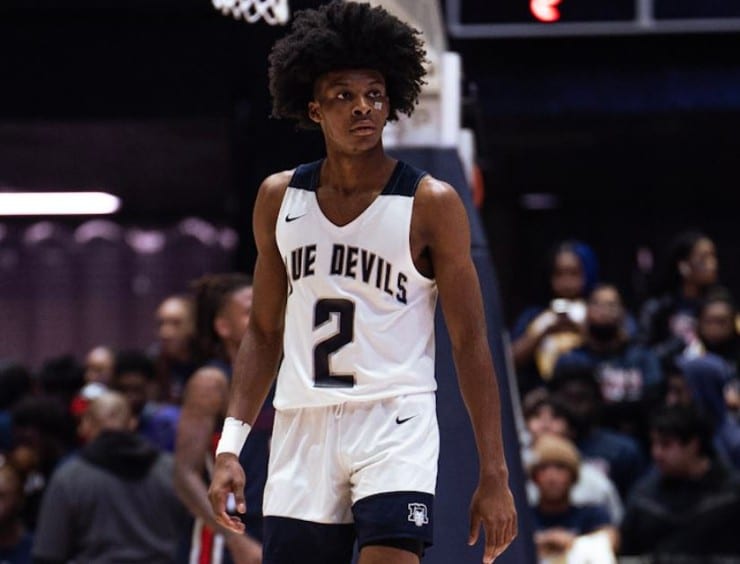 London Johnson, a four-star recruit in the 2023 recruiting class, will bypass college and sign a two-year contract with the G League Ignite. He has also reclassified to 2022.

According to multiple sources, Johnson will also receive a salary exceeding $1 million, the largest Ignite salary since Scoot Henderson signed a deal for $1 million in May 2021.

Based on several NBA betting sites, the Golden State Warriors and Boston Celtics have the highest odds to win the championship in 2022-23 season. Feel free to compare the sportsbooks’ odds.

London Johnson is a dual citizen of both the U.S. and Jamaica. He represented Jamaica in the 2021 FIBA Centrobasket U17 in Mexico. The guard averaged 36 points, 9 rebounds, 4.4 assists, and 4 steals in five appearances.

Plus, he shot 56% from the floor while leading the tournament in points and steals. Johnson was then selected to the 2021 FIBA U17 CentroBasket Championship All Star Five.

Additionally, MaxPreps has the 18-year-old ranked as the fourth-best player in Georgia. He also ranks ninth at his position and 10th in the region.

Prior to the 2020-21 season, Jalen Green and Jonathan Kuminga played in the G League before becoming top-10 picks in the 2021 NBA Draft.

London Johnson is expected to play in the two preseason games this week against Victor Wembanyama and France Boulogne-Levallois Metropolitans 92 in Henderson, Nevada.

After the signing, Johnson was asked why he decided to forego his college career. “The main [reason] was being able to play against NBA talent and getting coached from the highest-level NBA coaches,” Johnson told The Athletic.

“Also, seeing the success from past [prospects], I really felt like I could create my own path and be successful myself.” He’s right in a sense. A number of young basketball stars in the past have succeeded at the NBA level.

On July 11, 2021, recruiting analyst Brandon Jenkins submitted his scouting report on London Johnson. “A lengthy and talented point guard prospect with a slight frame, Johnson is a high-floored prospect who is intriguing due to his long-term tool,” explained Jenkins.

“He owns a solid skillset, scoring the basketball from each level of the floor when the option is there. He plays with an even keel at all times as he is very cerebral and displays great feel as a passer.”

“What makes Johnson so intriguing is the upside he has left to discover,” continued Jenkins. “His body still has yet to fully mature, but he has the early intangibles and skillset that makes it hard for high coaches not to bank on.”

In March, Johnson led the Blue Devils to a Georgia High School Association (GHSA) 7A state championship victory over Berkmar High School. He finished as a Gatorade Player of the Year finalist as well.

The four-star recruit is underweight, weighing only 165 lbs. However, NBA scouts said the same thing about Chet Holmgren. Prior to his Lisfranc injury, Holmgren played great in his Summer League appearances.

London Johnson will be eligible for the 2024 NBA Draft.