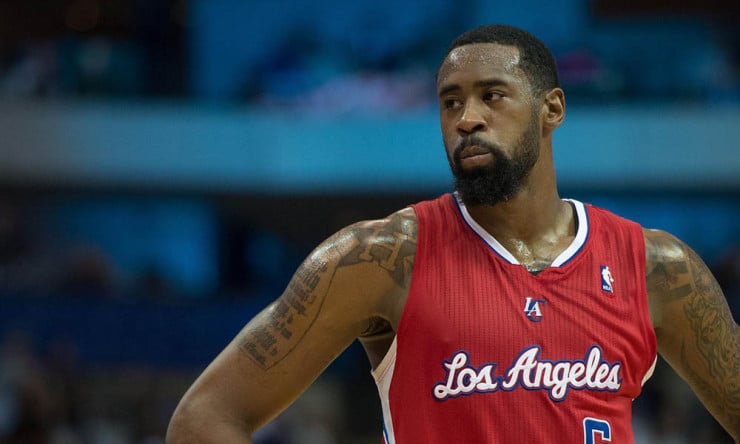 The Los Angeles Clippers entered training camp as one of the few teams many believe have a legit chance to hoist the Larry O’Brien trophy next June. The franchise has the payroll, $79 million in guaranteed salaries on the books this season, which shows a commitment to investing in elite talent and a proven winner in head coach Doc Rivers leading from the sidelines.

However, the Clippers have yet to advance past the second round of the playoffs since the arrival of All-Star guard Chris Paul prior to the 2012 season.  Now to pin this lack of playoff success entirely on Paul would be lazy. To further imply the duo of Paul and All-Star forward Blake Griffin aren’t capable of getting over the hump also isn’t smart business. However, to say Griffin and Paul need another force to step up and aid the Clippers in their ascent is fair game.

Simply put, as good as Griffin and Paul are they are in desperate need of their third cog to emerge and help with the push. Luckily for them, the player is already on the roster and has shown signs of possibly being able to take the next step.

Center DeAndre Jordan had a career season in 2014 under Rivers averaging 10.4 points, 13.6 rebounds and 2.5 blocks per game on 68 percent shooting. The next step in Jordan’s emergence would be earning an All-Star selection – a feat all of the aforementioned big three units have in common.

There’s added motivation for Jordan to play above his 2014 campaign level this season as well. The veteran center is in the final year of current deal and is set to become an unrestricted free agent next summer.

According to the Los Angeles Times, Rivers doesn’t believe Jordan will consider an early extension from the team. The new Collective Bargaining Agreement doesn’t make it smart business for players  to extend early.

Doc Rivers on DeAndre Jordan taking extension vs. waiting for longer deal in summer: "He won’t ever accept an extension. Why would he?"

Jordan’s lack of desire to extend early could be a blessing in disguise for the Clippers to take a realistic look at whether the center is truly the third seat at the table or a good player who has strong relationships with team leadership but isn’t cutout to be that guy. These are real and tough questions that Clippers’ brass must get right. Assuming a new Jordan deal starts in the $15 million per year range, the Clippers would have nearly $56 million in payroll committed next season to Paul, Griffin and Jordan.

The Clippers are missing their third cog at the top. The stars are set. The role players are deep and plentiful. The stage is set for Jordan to continue emerging and become an All-Star. Can the big fellow get it done?

Despite last season’s woeful performance, the Milwaukee Bucks entered training camp with some reasons for optimism regarding the 2014-15 campaign. The team has a new head coach in future Hall of Famer Jason Kidd and rookie lottery pick Jabari Parker could potentially give Milwaukee a face of the franchise.

The majority of Bucks players are locked up at least through the 2016 season which will aid in chemistry building. However one notable player could become a free agent next summer. Point guard Brandon Knight is in the last year of his rookie scale deal and the team has until October 31 to come to terms on an early contract extension. If not, Knight will head into next summer as a restricted free agent.

Kidd says Knight is an important piece of what Milwaukee is attempting to build and would like the guard with the team long term.

“He’s a piece we want here,” Kidd told the Milwaukee Journal Sentinel.  “You talk about his work ethic, the way he approaches the game, he’s a professional, on and off the court.

“I’m not here to get in the way of anyone’s success. I want everyone to have the ultimate goal of winning and being financially set. Our job as coaches is to help them achieve that goal.”

The Bucks acquired Knight from Detroit in July 2013 and the guard started in 69 out of his 72 appearances with Milwaukee last season while averaging 17.9 points and 4.9 assists per game.

Knight isn’t willing to engage in deep discussions regarding his contract situation, but freely discusses his desire to earn more respect.

“I’ve got so many things I want to do with this team and so many goals I have for myself and the team, it’s something I barely think about.”

If the Bucks elect to let the market set Knight’s value next summer an opposing team could make a strong push for the guard – even though Milwaukee would the right to match any offers for his offers.