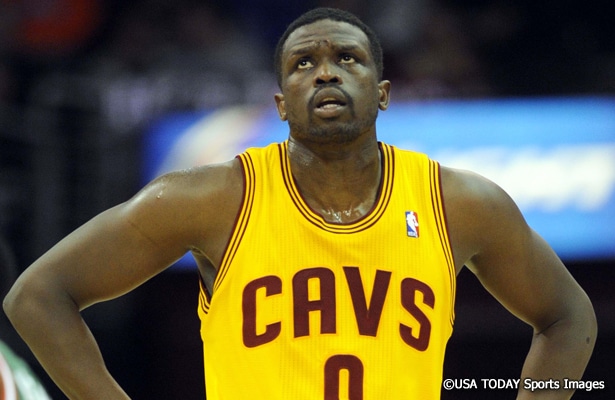 With the 2014 NBA Trade Deadline just eight days away, trade talks around the league are heating up. A number of teams have been mentioned as potential buyers at the deadline, such as the Phoenix Suns, Charlotte Bobcats, Washington Wizards and Detroit Pistons.

However, the problem that these teams are running into is that there aren’t many teams willing to give away significant pieces that can help a team get to the next level. The players who were expected to be available earlier in the season – Rajon Rondo, Arron Afflalo, Kyle Lowry and Goran Dragic among others – now seem more and more likely to stay with their current teams.

This year, there are a lot of buyers with attractive assets, but the sellers don’t have great pieces to shop. It’s possible that players like Pau Gasol, Eric Gordon, Omer Asik, Evan Turner and Andre Miller will be moved between now and Feb. 20, but those players have low trade value for a variety of reasons and they aren’t exactly pieces that help a team make a leap. One could argue that Gasol fits that mold, but keep in mind that he’s injured and the Los Angeles Lakers’ asking price is very high, based on how talks with the Suns went.

With that said, there is one All-Star caliber player who may be available. Luol Deng, an All-Star over the last two seasons, was traded to the Cleveland Cavaliers in early January, but he could be dealt again before the deadline.

If you love NBA trade talk, be sure to pick up Basketball Insiders’ 2014 NBA Trade Deadline Guide. It is 100 pages of new content, with 30 team profiles, tons of features and much more. Download it here!
Deng hasn’t been discussed much since he just landed in Cleveland, but with the firing of GM Chris Grant and multiple reports suggesting that he’ll leave as an unrestricted free agent this summer, the Cavaliers have to seriously consider moving him before the deadline. Remember, he supposedly told a close friend that “the stuff going on in practice [in Cleveland] would never be tolerated by the coaching staff or the front office back in Chicago. It’s a mess.” They might as well trade him now and get something back for him, rather than likely losing him for nothing over the summer.

Cleveland can trade Deng, but he can’t be packaged in a deal with any other Cavs players and he can’t be dealt back to the Chicago Bulls.

The Cavaliers desperately want to end their post-LeBron-James playoff drought, something that owner Dan Gilbert has repeatedly made clear, and the team has won three straight games. However, the smart move by interim GM David Griffin would be to ditch the postseason goal since the team is 19-33 and in 11th place in the Eastern Conference. Best case scenario, the Cavaliers are fighting for the eighth seed in the conference, and that’s often described as the worst place to be in the NBA since it’s just good enough to miss out on a top prospect in the draft, but just bad enough to have no shot of making any noise in the postseason.

If Cleveland makes this move (and possibly trades other veterans such as Anderson Varejao, Alonzo Gee, Jarrett Jack and Earl Clark as well), they would be able to focus on developing their young players and they’d be more likely land a top pick in the 2014 NBA Draft.

Because there are very few All-Star caliber players available at this year’s deadline, the Cavaliers may be able to create a bidding war for Deng’s services. He would be an upgrade for the Suns, Bobcats, Wizards and Pistons at the small forward position, and as a strong veteran, he’d likely be able to help each of those teams on and off the court. While his numbers have been slightly down in Cleveland, it doesn’t mean he wouldn’t return to form in a better situation.

If one of those teams were to acquire Deng at some point in the next week, it would not only bolster their roster for the remainder of this season, it would also give them an edge over other teams when it comes to signing him to a long-term deal this July. If Deng is traded again, his new team will acquire his Bird rights and be able to offer him more money than any other team in the league when he’s a free agent this offseason. Having a player’s Bird rights doesn’t guarantee that the player will re-sign (look at Deng and Cleveland, after all), but it is an additional benefit of trading for Deng prior to the deadline.

Deng’s name hasn’t come up very much in trade rumors recently, but that’s likely to change in the days to come. As Griffin tries to put his own fingerprints on the Cavaliers, rival executives believe that his best move would be trading away the team’s veterans and trying to land a top pick in the 2014 NBA Draft. The Cavaliers aren’t going anywhere this season, so why not try to pick high in the draft again, this time with a new decision-maker making the selection? It’s unfortunate for Deng because no player likes being traded, and it may happen to him twice in a six-week span.

If you are looking for the latest NBA news and rumors, make sure to check out the Daily Rumors section of the site.

Suns Ready to Commit to Bledsoe

Earlier this season, the Phoenix Suns and Eric Bledsoe’s camp weren’t able to agree to an extension, which means that he’ll become a restricted free agent this summer. The Suns can match any offer sheet that he receives, and it sounds like they’re planning on doing just that.

In an interview on Arizona Sports 98.7 FM earlier today, Suns president of basketball operations Lon Babby was asked if the front office had seen enough from Bledsoe to know that they would match any offer to retain him.

“I think our answer to that is yes, that we know enough about Eric as a player,” Babby said. “Even more importantly, we’ve lived with him now for almost a year as a person. We like everything about him. Like him as a teammate, like him as a representative of our franchise and everything that he stands for. He’s got a tremendous future. Yes, if you ask me today, I would say absolutely we are going to match any offer, but I hope it doesn’t come to that. I hope Eric has developed enough of a feeling, and my instincts are that he likes it here.”

Bledsoe was averaging 18 points, 5.8 assists, 4.3 rebounds and 1.5 steals through 24 games with the Suns, prior to undergoing surgery to repair his right meniscus. It was the second time that his right meniscus had been operated on since 2011, but Babby isn’t worried about his star, especially since Phoenix has one of the best training staffs in the league.

“I always feel in these medical situations that we have an extraordinary advantage because of not only the quality of our training staff, led by Aaron Nelson, but also the quality of our medical staff led by Dr. Carter,” Babby said. “And if they tell us, as I believe they will, that he’s going to have a long and healthy career, then I’m willing to take my chances and I think the whole organization will be willing to take our chances on that. And we know his circumstance better than anyone else would know it. I think he will be a Phoenix Sun for a long time; that would be my expectation and my hope.

“His return, when it happens, will be more important probably than any trade we could make on February 20. I think there’s no question that we will not lose that asset.”