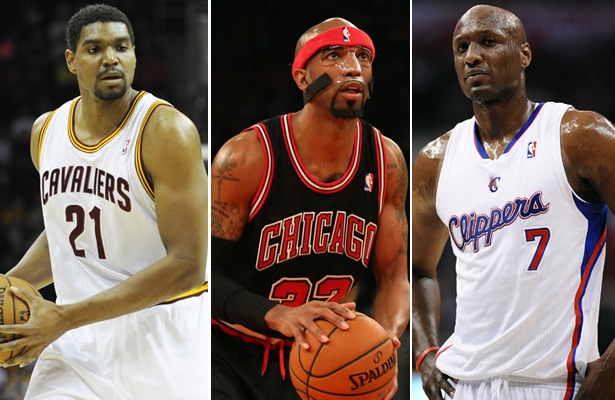 Around this time of year, NBA fans are scouring the rumor mill and looking for ways to improve their favorite team. Most scenarios are related to trades, but a midseason free-agent signing could also do the trick.

In recent years, there have been a number of productive players who were added in the middle of the season. Look no further than Chris Andersen of the Miami HEAT, Kenyon Martin of the New York Knicks and Patrick Beverley of the Houston Rockets for proof that a midseason signee can become a key rotation member if put in the right situation.

Kendall Marshall of the Los Angeles Lakers, who was signed earlier this season, is another great example since he went from being out of the league to starting at point guard for L.A. and playing pretty well.

There are a lot of talented players who are currently out of the league, waiting for a call from an interested team. Many of the players currently in the free agent pool played in the league very recently, many as recently as last season, but now temporarily find themselves on the outside looking in.

Teams have now been able to sign players to 10-day contracts for several weeks, which could help a number of these players get back in the league. In recent years, some players have successfully used 10-day contracts to return to the NBA, including Andersen and Gerald Green.

Some players have gotten their break in the NBA while playing on 10-day contracts, including C.J. Watson, Raja Bell and Bruce Bowen among others. Teams can sign a player to two 10-day contracts; after that, they must decide to sign the player for the duration of the season or let them go.

The following list of unrestricted free agents is littered with recognizable names – players who may be able to help a team if given the opportunity:

For NBA free agency news and rumors, be sure to check out Basketball Insiders’ rumors page. It’s updated constantly to give you the latest information from around the NBA.

Relive the Emotional Night in Boston

Last night, Paul Pierce and Kevin Garnett returned to Boston as members of the Brooklyn Nets, in what was one of the more emotional nights in recent sports memory.

Pierce and Garnett each received loud ovations during player intros as well as video tributes from the Celtics, which were fantastic. Both players tried their best not to burst into tears while being honored.

If you missed the emotional evening in Boston, we’ve got you covered.

Check out video of the player introductions here.

Also, be sure to read Jessica Camerato story about the evening. She was in the building and interviewed with Pierce and Garnett before and after the game.