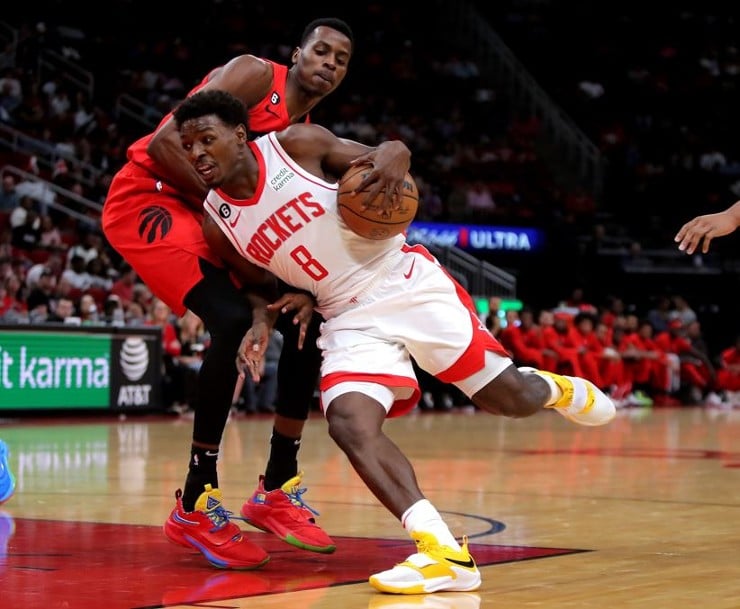 Houston Rockets forward Jae’Sean Tate missed the first four games of the 2022-23 season due to a right ankle sprain. Now, the wing has been upgraded to questionable against the Utah Jazz.

According to Kelly Iko of The Athletic, the forward will make his regular season debut on Wednesday with the Rockets in Utah. Of course, Tate suffered his right ankle injury in Houston’s preseason matchup versus the Memphis Grizzlies.

Quite a few NBA betting sites are giving the Rockets the second-lowest odds to win the championship in 2023. Sportsbooks are not anticipating a playoff appearance. Though, some bettors think otherwise.

He was then selected to the NBA All-Rookie First Team.

Tate joined Rockets legend Hakeem Olajuwan as the only players in franchise history to finish a single game with a 32/10/7/2/5 stat line.

Through 129 career appearances with Ohio State, the wing averaged 11.7 points, 6 rebounds, 1.7 assists, and 1.1 steals. In his freshman season, he recorded 8.8 points and 5 boards per contest in 35 games.

Tate was named to the Big Ten All-Freshman Team.

The Ohio native was then selected to the All-Big Ten Second Team.

When healthy, Jae’Sean Tate makes the Rockets a better team. That should go without saying. The forward bolsters the Rockets’ frontcourt. Houston plays the Jazz tomorrow at 9 p.m. ET.