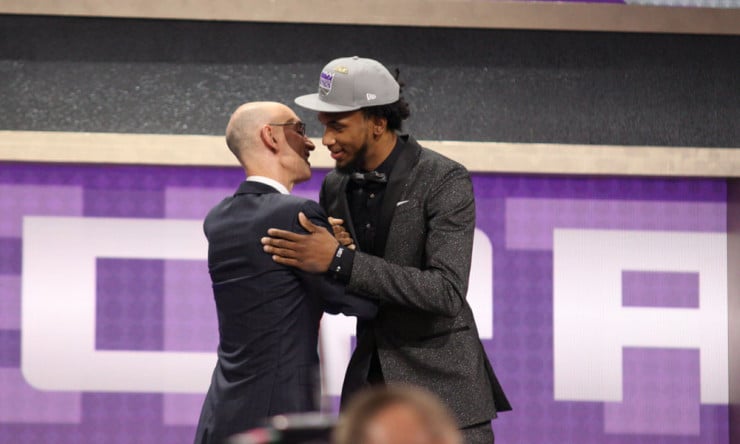 After a draft process that reportedly involved them also considering Luka Doncic and perhaps Jaren Jackson Jr., the Sacramento Kings appeared to narrow in on Marvin Bagley III of Duke. Bagley, a 6-foot-11 big man, played one year with the Blue Devils before making the leap to the NBA.

Bagley is an intriguing prospect, one who combines elite athleticism with a high motor and the potential to stretch the floor with his shooting stroke. He’s extremely quick both laterally and vertically, with as much potential as any player in this class if he can harness these athletic properties into basketball skills. His jump shot came and went at Duke, something he needs work on, and there are real questions about his ability to think the game, especially defensively. He doesn’t have the length to project as a top rim protector at the NBA level unless he makes major strides mentally.

Still, Bagley projects to step in to a productive role right away in Sacramento. He was one of the only players in the upper echelon of the lottery to show real interest in playing for the Kings, including providing medical information other agents withheld. The Kings could rue passing on a prospect of Doncic’s stature, especially if the only reason they did so was concerns about ball-handling time with De’Aaron Fox. But they’ve got a high-ceiling player here who could become a star with the right physical and mental development.