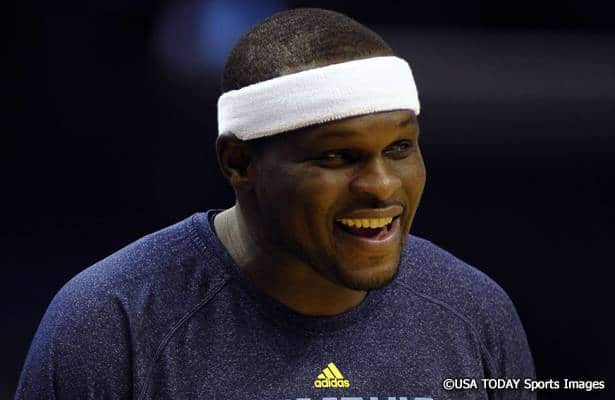 With about a month left in the 2013-14 regular season, both the playoff and lottery chases are taking shape.

Looking ahead to the 2014 offseason, which teams will have cap room this summer?

After a look at the Southeast Division, where do the five teams in the competitive Southwest Division stand this offseason?

Now that the 2011 NBA Finals MVP will be a free agent this summer, how much money will it take for Nowitzki to re-sign with the Mavericks?

Coming off the final year on his deal at $22.7 million, Nowitzki could give the Mavericks significant spending power if he re-signs for closer to $10 million.

That would leave about $22 million for the Mavericks to spend, assuming they cut Samuel Dalembert (guaranteed $1.8 million of his $3.9 million salary).

The more Nowitzki gets next season from Dallas, the less the team has to spend.

Who Dallas lures in free agency might dictate who else the team brings back players like Shawn Marion, Vince Carter, Devin Harris, DeJuan Blair and Bernard James.  Jae Crowder isn’t guaranteed but at just $915k, he should be a keeper regardless.

The Rockets made their big moves over the last two seasons, adding in Dwight Howard and James Harden — while also signing Jeremy Lin and Omer Asik.

Houston has the flexibility to trade Lin and/or Asik, but no cap room this coming summer.

Both Lin and Asik will earn $14.9 million next season, but their cap numbers are just $8.4 million.  That difference between actual salary and cap hit might be attractive to some teams — or it might be a major turn off to pay either nearly $15 million.

The Grizzlies don’t control their cap situation, in that the decision lies with Zach Randolph and his player option for $17 million for the 2014-15 season.

If he opts in, the Grizzlies are well over the cap.  If he decides to leave via free agency, Memphis can max out their cap at about $11.9 million if they part with Kosta Koufos and Ed Davis.

Only $500k of Koufos’ $3 million contract is guaranteed for next season.  The Grizzlies will also have to decide if Davis is worth a $4.4 million qualifying offer to become a restricted free agent.

The Pelicans have a sizable investment in Eric Gordon, Tyreke Evans, Jrue Holiday and Ryan Anderson.

Their best player, Anthony Davis, is a more economical $5.6 million on his rookie contract.

Anthony Morrow has a player option at the minimum.  Jeff Withey and Luke Babbitt aren’t guaranteed, also at the minimum.  Brian Roberts and Darius Miller are eligible for $1.1 million qualifying offers to become restricted free agents.

If Morrow walks and the Pelicans clean house of anyone non-guaranteed, the team can muster about $6.3 million of cap room — which isn’t much more than a Mid-Level Exception (MLE) at $5.3 million.

The Pelicans do not project to be a cap team.

Unless New Orleans wins a top-three pick in the lottery, they will send their first-round pick to the 76ers.

This can’t be it for the Spurs, can it?

Tim Duncan can opt out of the final year on his contract at $10.4 million.  San Antonio can cut All-Star Tony Parker’s $12.5 million down to $3.5 million and let him go.

Neither is likely. Instead the Spurs can push their cap space to roughly $8.2 million if they let their free agents go and cut ties with Austin Daye.

San Antonio may choose to stay over the cap and bring back players like Boris Diaw, Patty Mills and Matt Bonner.

Mills has proven to be a very solid backup for Parker.  Is there an $8 million player worth giving up both Mills and the ability to sign a player at the $5.3 million MLE?