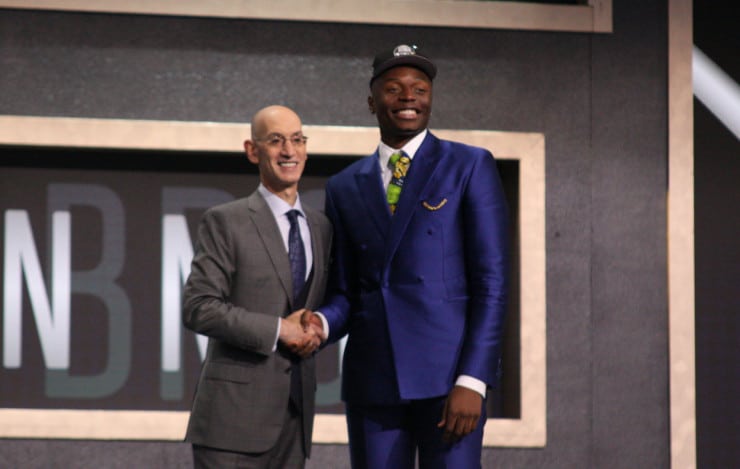 With the 27th overall pick of the NBA Draft, the Los Angeles Clippers have selected Mfiondu Kabengele, the Florida State Seminoles’ sensational star.

The Brooklyn Nets owned this pick originally, only to be flipped to the Clippers before the selection was made. During Kabengele’s much-improved sophomore season, the 6-foot-10 forward averaged 13.2 points, 5.9 rebounds and 1.5 blocks per game. In the NCAA Tournament, Kabengele erupted on the national stage by posting back-to-back 20-point games before eventually falling to Gonzaga.

Kabengele has a strong offensive touch and boasts an NBA-ready ability to get to the rim — a factor that’ll make him right at home on the Clippers’ high-scoring bench unit. To boot, Kabengele was voted the ACC’s Sixth Man of the Year, using his electric bucket-getting punch to push Florida State to their most successful regular season in the program’s history.