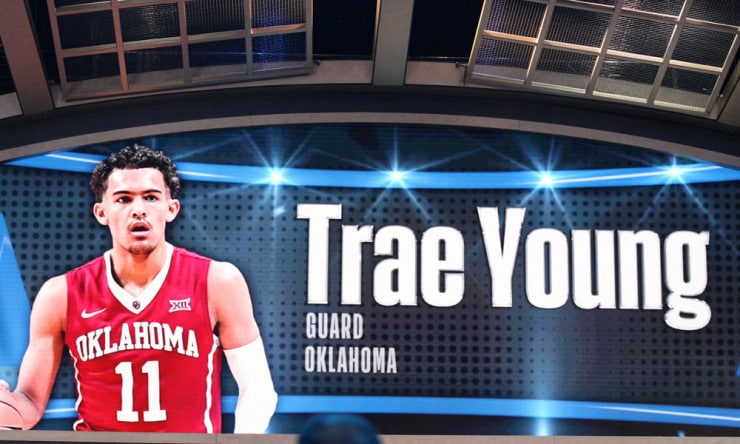 The Dallas Mavericks and Atlanta Hawks pulled off the first big trade of draft night by swapping the No. 3 and No. 5 picks. In the proposed deal, the Hawks will select Luka Doncic and trade him to the Mavericks who will send Trae Young in return.

Trae Young is an exciting player who lit up the NCAA this season. He is an explosive scorer who can get to the rim at will and finish as well as knock down jumpers all the way out to the three-point line. He’s drawn a lot of comparisons to Stephen Curry due to him being a pure shooter.

He’s also a very good playmaker, and that’s something that the Hawks are going to need especially if they move on from Dennis Schroder this summer. He’s a very intriguing prospect and he has the chance to be a high-level point guard in the NBA, perhaps even an All-Star. Defensively, he still has much to work on though. His size might hurt him a bit when going against some of the NBA’s bigger point guards. But other than that, he should be an exciting new part of the Hawks’ rebuilding movement.