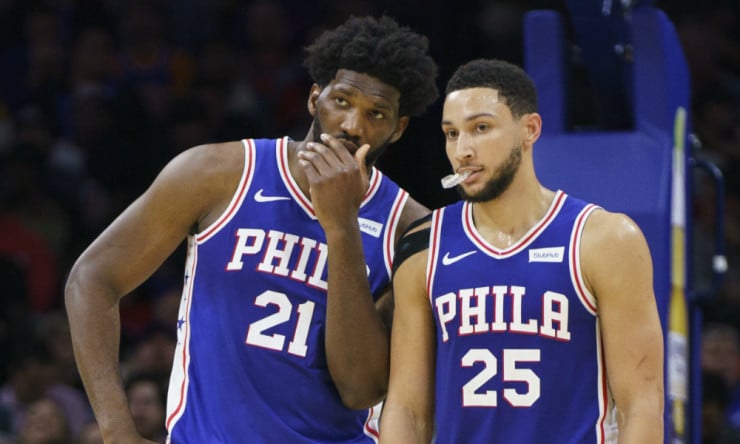 As with any NBA season, the 74th season has been filled with surprises and challenges. With the Golden State Warriors dynasty potentially coming to an end, the floor is wide open for new top contenders and the Lakers might be doing as well as was anticipated.

Let’s jump in and take a look at which teams are doing exceptionally well this season and which have left fans feeling disappointed in their overall performance. And for anyone betting on this NBA playoff season, we assess on the odds on who is most likely to succeed in the championship.

Which teams don’t really have a shot this season?

With the worst record in the league, the Minnesota Timberwolves have had a disappointing season so far. Considering this performance, it is unsurprising that Head Coach Ryan Saunders was let go in February 2021 and replaced with Toronto Raptors’ Assistant Head Coach Chris Finch.

The Timberwolves have just 7 wins and a total of 29 losses to their name at this point, ranking them last in the western conference. The absence of defensive player Karl-Anthony Towns certainly has not helped with this.

Overall, while their roster isn’t too bad, they do not have an effective system in place it appears to be more of a read-and-react offense strategy than any sort of rigid plan. The team would also benefit from having a few more experienced players on the court

Over in the eastern conference, the Detroit Pistons have not had much to brag about either, with just 10 wins and a staggering 25 losses. Their poor performance this season is despite the fresh new talent that has been introduced to the team.

This has been the Pistons’ third season with their Head Coach Dwane Casey and their first with new General Manager Troy Weaver.

Jerami Grant has proven to be a great pick for the roster. So too have rookies Saddiq Bey, Isaiah Stewart, and Saben Lee. Josh Jackson has also shown some great promise as he tries to ditch his label as a number 4 pick.

The Pistons put a lot of faith into rookie player Killian Hayes, however, he was criticized for his lackluster performance early on in the season. In December, the point guard debuted in the preseason against the New York Knicks with  5 points, 4 rebounds, and 3 assists

With 11 losses so far in the eastern conference, things aren’t looking too great for the Texan team. The cause of this might have something to do with their poor offense.

They currently rank last in the offense rating by quite a significant percentage. The shooting has been pretty dismal and both John Wall and Victor Oladipo have hardly proven themselves to be effective shooters.

The upcoming shakeup to the team might help Head Coach Stephen Silas to get some better results, but it is unlikely that they will be able to make much headway at this point in the season.

The real contenders are…

As the current division leader in the eastern conference Atlantic division, the Philadelphia 76ers have bagged 24 wins and just 12 losses so far this season. Making them a shoe-in for the championship title.

Their star player Ben Simmons is being considered the Most Valuable Player title as is teammate Joel Embiid. The pair have been a credit to the 76ers and have had a big hand to play in their success so far.

Last month, Embiid recorded a double-double with a new career-high of 50 points and 17 rebounds. This was at their game against the Chicago Bulls where they won with a 112–105 result.

Simmons has shown himself to be an incredible defensive player but is also making huge strides in terms of offense. The player was averaging 21 points, 7.9 rebounds, and 7.8 assists per game in February.

The Los Angeles Lakers are having another impeccable season, with 24 wins and just 13 losses. The team’s final game before the All-Star break was on March 3.

The team will face some challenges later in the month as following their game against the Indiana Pacers, they will go head-to-head with The Los Angeles Clippers in two home games. The Clippers are also having a season to shout about and are tying with the Lakers with 24 wins and 14 losses at present.

Division leaders Utah Jazz are dominating the Western Conference with 27 wins and just 9 losses so far. They started off the season with an NBA and franchise record of a 23-5 start, putting Jordan Clarkson as a clear frontrunner for Man of the Year.

Royce O’Neale has proven to be a quality shooter this season at 41.4% and is often trusted to guard the opposing team’s best wing player.

At their current rate of success, we can expect to see Utah Jazz at the finals for the first time this century.

Taking into account the history of the NBA and the performances seen this season, the Lakers are likely to be the favorites to win once again. Although, as discussed, the LA Clippers, Utah Jazz, and the 76ers are all likely contenders. There is also talk that the Brooklyn Nets and the Milwaukee Bucks have a great chance this season.