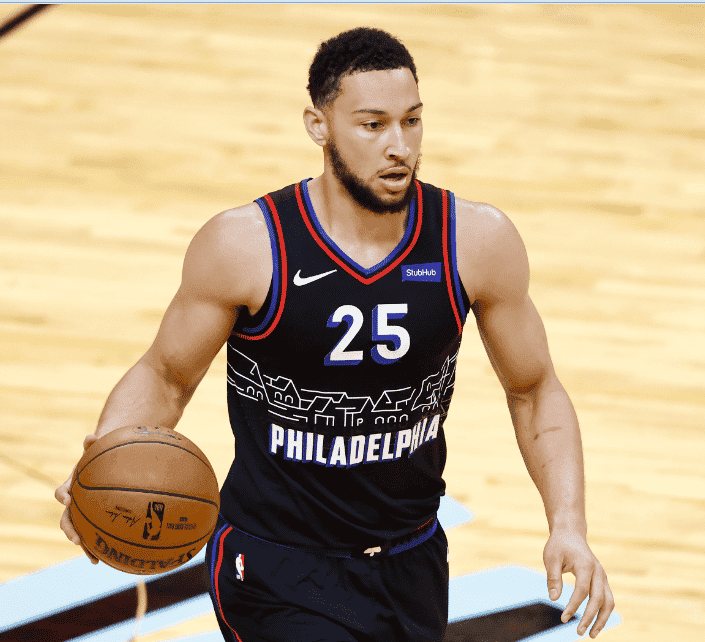 According to oddsmakers at Bovada, the Philadelphia 76ers are the frontrunners to retain their point guard, drastically altering Ben Simmons’ trade odds for the upcoming 2021-22 NBA season. Philadelphia have +200 odds of keeping the three-time All-Star—the best odds available. Now, what’s to say the 76ers refuse to trade him before training camp and decide to pursue an in-season trade? This could happen as well.

The Minnesota Timberwolves and Portland Trail Blazers are tied with the second-best odds (+300) of trading for the guard, followed by the Sacramento Kings (+500) and Golden State Warriors (+1200). Based on the obtainable training camp odds, Simmons has -500 odds of not showing up to practice with the 76ers. So, how does all of this make sense?

As stated before, perhaps Simmons will still be on the roster before preseason begins, and then the 76ers could trade the fourth-year player during the regular season. Bettors were also speculating that general manager Elton Brand would trade Simmons during the preseason. This is another possibility.

In August, the Raptors and Timberwolves were negotiating potential trade packages with the 76ers front office to acquire the guard, but the deals were not amusing offers to Daryl Morey, Philadelphia’s president of basketball operations.

Both Morey and Brand are still demanding multiple first-round draft picks for Simmons. This is a hefty price. Last week, the Kings front office made it clear that both De’Aaron Fox and Tyrese Hailburton were off limits for a trade.

On February 15, 2021, in the team’s 134-123 loss against the Utah Jazz, Simmons finished his performance with a double-double and a career-high 42 points and 12 assists. During the 2021 NBA Playoffs, statistically, the fourth-year player became the worst free-throw shooter with at least 67 attempts (34.2 percent). For some perspective, Shaquille O’Neal shot 37.4 percent, whereas Wilt Chamberlain averaged 38 percent.

Having said all of this, the Fresh Prince is still one of the best players in the league. He is a top defensive player. In the 2019-20 season, he accumulated 2.1 steals per game, leading the NBA in this metric. On July 16, 2019, the guard signed a five-year, $169.65 million contract extension with the organization. He was selected first overall by the 76ers in the 2016 NBA Draft.