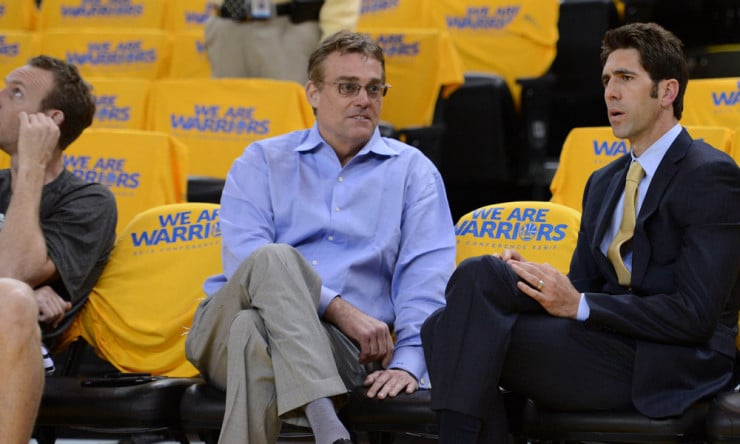 The NBA turns to the KFC Yum! Center in Louisville, Kentucky on Saturday for the first game of the 2014 preseason.

The Miami HEAT will host the New Orleans Pelicans on Saturday, as the exhibition schedule gets under way.

A total of 558 players were under contract for training camp, now 556 after the Washington Wizards waived Vander Blue and David Stockton.

The Golden State Warriors have tried to add to that number, but small forward Jason Kapono, who last played in Greece, has yet to receive a letter of clearance from FIBA.

Of the remaining 556 players, only 406 have fully guaranteed contracts.

The regular-season maximum per team is 15 players, providing up to 450 jobs — which means at least 106 will be cut before opening night.

Some non/partially-guaranteed deals are near locks like Patrick Beverley of the Houston Rockets, Anderson Varejao of the Cleveland Cavaliers and Samuel Dalembert of the New York Knicks.

Kostas Papanikolaou, who just signed with the Rockets, will see his $4.6 million contract fully vest on Saturday.

To keep both Beverley and Papanikolaou, the Rockets are going to need to either trade or cut one of their guaranteed players.

The Boston Celtics and Detroit Pistons also both have 16, one more than the roster max.

Before long, approximately 19 percent of the league will be cut — likely more, given some teams will start the regular season with 13 or 14 players.

The San Antonio Spurs have 15 guaranteed players, after a late re-signing of Aron Baynes.

Why then would invites Bryce Cotton, JaMychal Green, Josh Davis and John Holland want to join a team they’re unlikely to make?

The answer may be the NBA Development League.

The Spurs have given each of the four a small guarantee in the $20-60k range.  None are likely to stick to opening night, but all four may join with the Austin Toros of the D-League.

Teams can assign up to four players, cut from training camp, to the D-League as affiliate players.

As the minor league organization grows, 17 of the 18 franchises have partnered up on one-to-one relationships with teams in the NBA.  The Fort Wayne Mad Ants serves as the lone affiliate for the remaining 13 NBA teams.

The Orlando Magic were more generous than the Spurs, with the three players they’re likely to send to the Erie BayHawks.  Peyton Siva, Kadeem Batts and Drew Crawford have guarantees in the $75-$150k range.  Seth Curry also received a $150k guarantee, but the Santa Cruz Warriors have his rights should he return to the D-League.

The Magic have just one roster spot open, with non-guaranteed returning player Dewayne Dedmon hoping to come in as the 15th.

Look for the D-League to add a franchise or two a season, until all 30 NBA teams have a partner.

The difficult part of the current arrangement, players assigned are still free to receive call ups from other teams (or other leagues).

Eventually, the NBA Development League may evolve into a true minor league affiliate system, where teams can safely groom players without the fear that another NBA team will steal them away.

While there aren’t many free agents of note left on the market, the following table breaks down which teams have cap room and exceptions.

Many of the teams listed as over the tax will drop under once they cut their non-guaranteed players.