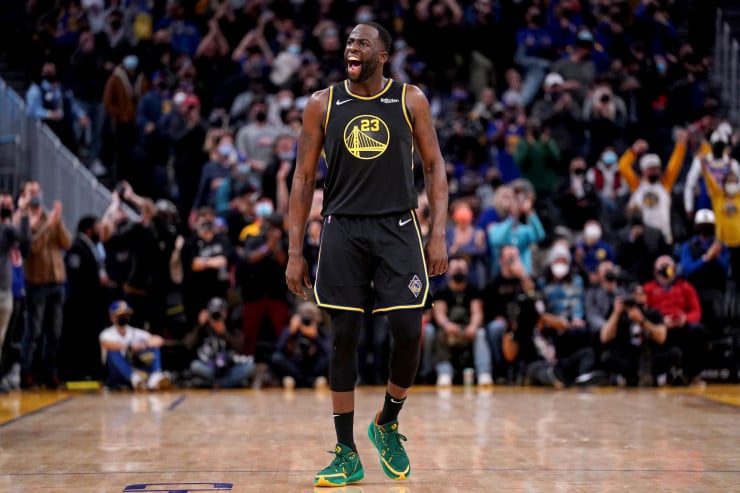 The candidates for the best defensive player in the league this season are some very familiar names. The top three favorites right now have combined to win this award five times.

As we wind down the month of January, Las Vegas still has Draymond Green (+100) as the favorite for Defensive Player of the Year. The 2016-17 recipient of this award has once again established himself as a lockdown defender that has played a vital role in the Warriors returning to championship contention. The six-time All-Defensive team member is averaging 1.2 blocks and 1.4 steals per game this season.

Rudy Gobert is a three-time winner of this award and has the second-best odds (+180) right now. The big man has long been the anchor of Utah’s elite offense, and the same holds true this season. The Jazz went through a rough patch recently when Gobert was out of the lineup. Utah is 1-4 this season without their star center.

Golden State has also struggled without Green in the lineup. The Warriors are 5-7 this year without him as he continues to recover from a calf injury. The team has a losing record in the last ten games that he has missed, including a home loss to the depleted Indiana Pacers, and needed a game-winning shot from Steph Curry on Friday to hold off the lowly Houston Rockets.

whenever a high-profile player gets hurt and the team struggles people always superfluous on here like "this is why he MVP". after watching GS these last two nights against Houston and the Fort Wayne Mad Ants, im here to say forget the MVP put Draymond in the hall of fame.

The Warriors are in the middle of a seven-game homestand, which continues tonight against Gobert and the Jazz. Donovan Mitchell remains out with a concussion, putting more of the load on the rest of the team. That will ease the burden for a Warriors defense that has really struggled without Green on the floor.

As good as Golden State’s offense looks on paper, they are only middle of the pack in offensive rating (15th) and points per game (13th) this season. It is their defense that has been their calling card, ranking 1st in the league in points allowed and 1st in defensive rating. Those numbers are much worse without Green, but the team hopes to have him back early next month after it was announced on January 18 that he would miss at least two weeks of action.

To the surprise of no one, Giannis Antetokounmpo is also in contention for the award, in addition to the league MVP. The 2019-20 DPOY has the third-best odds (+700) right now. Milwaukee has come on strong in recent weeks and with Chicago being ravaged by injuries and Brooklyn not having Kevin Durant until after the All-Star break, they could continue to vault towards the top of the East. Mikal Bridges (+2000) is another name to watch and both Joel Embiid and Evan Mobley are at +3000 odds for this award.

Green and Gobert are always in contention for this award, but they defend in many different ways. While Gobert is an elite rim protector, Green has shown the ability to legitimately guard positions 1-5 anywhere on the floor. Gobert ranks 2nd in the league in contested shots (13.4) this year while leading the league in screen assists (6.6) by a wide margin. He is elite as a defensive presence in the paint because of his size and exceptional defensive awareness.

The Warriors are constantly switching on defense, thanks to Green’s versatility. The former steals champ is able to lock in on opposing guards on the perimeter, but also defend seven-footers in the paint. He has active hands and is one of the best communicators on that end of the floor. He loves to trash talk but he is also barking out defensive assignments and letting his teammates know what is going on behind them. This is a major part of what makes him so special, and so valuable to this Warriors team.

Without Klay Thompson, the focus of Green’s value has been as a screen-assist guy and an orchestrator of the offense. While his ball movement and incredible passing ability are often overlooked, these last two weeks have been a worthy reminder of just how exceptional he is as a defender. The Warriors may have the Splash Brothers back together, but their team isn’t the same championship threat without their defensive leader.