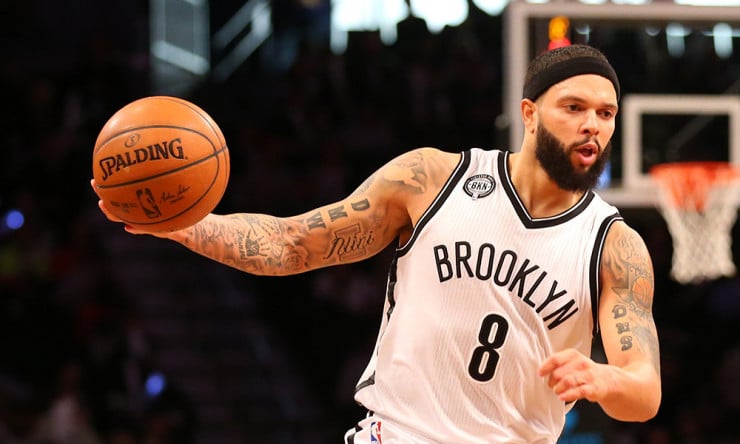 They’re forever linked by a trade for each other during the 2010-11 schedule. Deron Williams and Devin Harris will now find themselves playing alongside each other for the Dallas Mavericks during the upcoming season.

Now, after also returning to Dallas for a second stint with the franchise during the summer of 2013, Harris says he’s eager to welcome Williams into the locker room.He also anticipates seeing Williams once again playing at an elite level as The Colony native returns to the Dallas-Ft. Worth metroplex to play for his hometown team.

“I got traded for Deron with the Nets, but I’ve been knowing Deron and I’ve been playing against Deron since college,” Harris explained during an appearance for the Mavs Foundation’s court dedication ceremony Tuesday at Youth World Event Center in South Dallas. “I know what kind of player he is. I know he’s excited to be rejuvenated here, especially coming back home. And you know, hopefully he can kind of rejuvenate what he’s been doing, play at a high level and get us to where we need to be.”