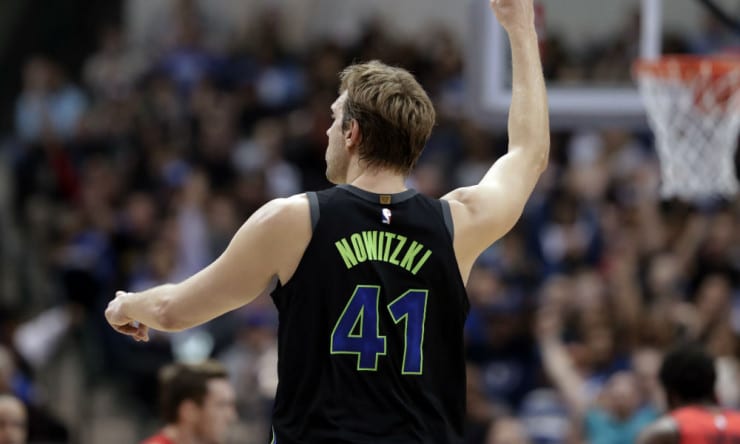 Dirk Nowitzki has reclaimed the No. 6 spot on the NBA’s all-time scoring list, passing Wilt Chamberlain on Monday night in what will probably be the final major milestone of his legendary career.

Nowitzki, the longtime face of the Dallas Mavericks franchise who is playing his 21st and likely final season, spent a few years as the sixth-leading scorer in NBA history before LeBron James passed him earlier this season. He entered Monday night’s game against the New Orleans Pelicans needing four points to pass Chamberlain, who scored 31,419 points in his Hall of Fame career, and accomplished the feat by swishing his first two shots of the night.