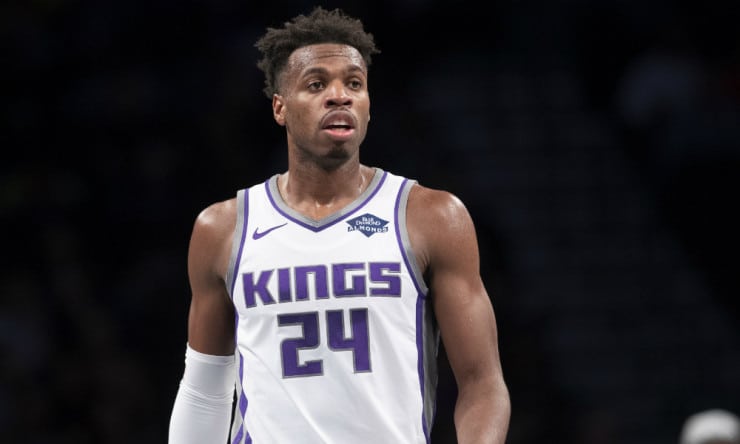 Every player in the NBA has had a down year. If they haven’t, it is likely only a matter of time. It could be that they were trying to find their fit on a new team, battling injuries, or simply trying to do too much under immense pressure. Regardless of the reason, a season-long slump can be a scary situation for any athlete.

Amid all of the changes last season, several All-Star caliber players struggled, and their teams felt the repercussions of that. Five of them stand out as strong candidates to rebound and have a much better 2021-22 season. Four of these five are returning to the same team, which should help them as they do not have to deal with the complexities of that situation.

It is no guarantee, but these five individuals should be able to bounce back and return to form this season. Their respective teams are counting it.

While Herro did show slight improvement statistically last season, his efficiency did take a tumble. It wasn’t a full-on “sophomore slump” but the former Kentucky guard did seem to take a step back. The same could be said for most everyone on Miami’s roster, which is fair considering their short offseason after making it to the NBA Finals. Relative to what he showed in the bubble down in Orlando, last season just seemed to be lackluster for the former 13th overall draft pick.

Miami has certainly improved in the offseason with the addition of Kyle Lowry. Their defense will be elite and their offense should be much better than last season when they ranked 25th in scoring and had the 18th best offensive rating in the league. Herro should cement his place as the sixth man with this group and should have ample opportunities to lead the second unit.

Herro’s role is simple and should become even easier with the added talent around him. That being said, with Victor Oladipo not in the lineup, there will be more pressure on him to perform. Expectations will be high for this team, but with the spotlight on Lowry, Jimmy Butler and Bam Adebayo, he and Duncan Robinson should be able to have plenty of space to thrive in their offense.

In today’s NBA, every championship contender must have a dynamic duo that is capable of taking over at any point. The Mavericks certainly have one in MVP candidate Luka Doncic but his partner has not yet lived up to expectations. While his numbers looked okay in the box score, he seemed to be absent in close games when Dallas really needed him. Porzingis failed to live up to secondary star status, averaging just 13 points and 5.4 rebounds during the seven-game series with the LA Clippers.

The rumored relationship issues between Doncic and Porzingis have been squashed by the team but the two players just don’t appear to have the chemistry that the organization would like to see. The 26-year old was finally able to have an offseason where he wasn’t rehabbing. The 7’3″ big man suffered a season-ending injury in each of his first five seasons in the league. This pairing in Dallas can still work.

With a fully spaced floor around the Doncic-Porzingis pick-and-roll tandem, there's a lot of damage that can be done.

With the big defender playing up, Doncic's pace forces a delayed recovery to the roll man — setting up the lob pass at the rim. pic.twitter.com/VeX6ZlCtcr

After shooting just 30 percent from behind the arc, Porzingis has been hard at work this summer. He should be motivated this season more than ever, especially with Jason Kidd now coaching the team. Kidd embraces the mid-range game, which is an area where The Unicorn has thrived. He shoots 43 percent from that area of the floor, and could finally enter the prime of his career and be that dependable number-two that Dallas so desperately needs.

As good as the Knicks were last season, their offensive rating was 23rd in the league and they ranked 26th in scoring. Their defense carried them most of the time, and that likely won’t change this year. What they added was a dynamic weapon at point guard in Walker. The injury history is well documented, but if he can stay healthy he will be a tremendous boost to their offensive production.

Walker has a couple of things going for him in this new situation. He has played in the Garden before and knows the arena well. The spotlight will not be too big for him and he will be able to handle the pressure of playing in New York. Tom Thibodeau is a demanding coach but trusts veteran players more than the young guys. New York has a lot of young guards on the roster but Thibodeau will likely continue to roll with Walker and Derrick Rose.

While he was the man early in his career in Charlotte, Walker has experience playing alongside other stars. In Boston, he was just part of the group, with Jayson Tatum and Jaylen Brown getting most of the attention. Julius Randle will still be the hub of their offense, but the four-time All-Star guard should be able to play off the ball and still affect the game.

After an outstanding 2018-19 season in Sacramento, Hield had a slight dip in production the following year. Last season, he regressed even more. That is troubling when you consider most of it was his shooting efficiency. It would be less of a concern if Hield was valuable in other areas but he just doesn’t provide much outside of scoring.

The inconsistency was something that drove Kings fans crazy last season. There were some nights that he would score 30 points, and follow it up with a game where he shot 3 for 19 from the floor. If he were an above-average defender, excellent facilitator or reliable rebounder, things might have played out differently. It is never too late to hone different skills but time is running out for the former Oklahoma guard.

Hield will turn 29 years old this season and the Kings have a trio of young guards that are oozing with talent and potential. De’Aaron Fox, Tyrese Haliburton and rookie sensation Davion Mitchell will be putting pressure on Hield to perform this season. The sixth-overall pick in the 2016 NBA Draft should have ample competition to fuel a nice bounce-back season.

The 2020-21 season is one that the Raptors would love to erase from the record books. The entire team, including the coaching staff, battled COVID for the majority of the season. Their free agent center signings completely fell off the face of the earth, Kyle Lowry played just 46 games, Masai Ujiri’s future was up in the air and Yuta Watanabe became the victim of the most violent dunk of the season when Anthony Edwards obliterated him back in February.

If all of that weren’t enough, don’t forget that the Raptors played all of their home games more than 1,000 miles away in Tampa Bay, Florida. While it might not sound all that bad, keep in mind that most of them went the entire year without seeing their loved ones, during a global pandemic. After a dreadful outing in the Orlando bubble the season before, it wasn’t that surprising to see Siakam struggle last season.

The 2018-19 Most Improved Player award winner was never himself on the floor, and he wasn’t the only Raptor in that regard. The good news is that the Raptors are returning home and they have some new faces with Goran Dragic, Precious Achiuwa and rookie Scottie Barnes. While rumors of Toronto trading Siakam have been shot down repeatedly, nothing is ever certain. Either way, that should motivate the former New Mexico State standout to step up his game this season.

"From our camp we are not requesting any type of movement."

There are a handful of other players that have the opportunity this season to bounce back after a down year. Josh Richardson has a new home in Boston where he can just play his role as a solid perimeter defender and spot-up shooter. D’Angelo Russell will have another chance to be the consistent point guard that Minnesota desperately needs alongside Karl-Anthony Towns and Anthony Edwards.

The Washington Wizards have revamped their roster after the Russell Westbrook trade. While most eyes will be on Spencer Dinwiddie, the trio of players they received in the Westbrook deal should all have the opportunity to blossom. Kyle Kuzma, Kentavious Caldwell-Pope and Montrezl Harrell are all chomping at the bit to get this season started. They are not alone in that sentiment.