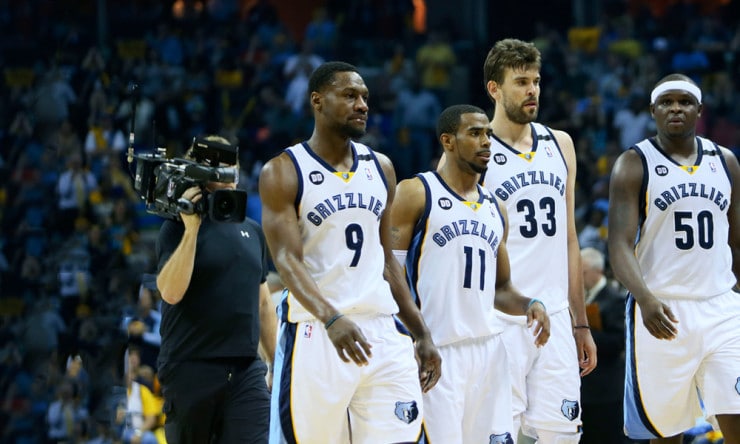 The Portland Trail Blazers limp into the postseason with injuries to several key players. Wesley Matthews is out for the season after undergoing surgery to repair his torn Achilles, Arron Afflalo is out with a sprained shoulder for at least the first game of the first round, LaMarcus Aldridge is playing through a torn ligament in his thumb as well a foot injury, Nicolas Batum recently suffered a right knee contusion, Chris Kaman is dealing with a back injury and C.J. McCollum is dealing with a left ankle sprain. To compete in this series, the Trail Blazers will need everything they can get from their star point guard Damian Lillard, who has put together another impressive season. Lillard may benefit from the recent foot injury to Grizzlies point guard Mike Conley, who has been inactive for four games now.

Unfortunately for the Trail Blazers, they are 0-4 this season against the Grizzlies, and will not have home court advantage despite being the fourth seed (a result of winning the Northwest Division, but having a worse regular season than the Grizzlies). Working in the Trail Blazers’ favor is that they have been a top-10 team in both offensive and defensive efficiency this season and have a top-five net differential (4.2), according to NBA.com. Also, McCollum has shown significant improvement recently and, if healthy enough, could help the fill the significant void left by Matthews and Afflalo. However, this team’s hopes ultimately rest with its two best players, Lillard and Aldridge. But with so many injuries to key players, Portland is facing an uphill battle in the first round.

The Memphis Grizzlies enter the postseason with some injury concerns of their own. In addition to Mike Conley’s foot injury, Marc Gasol is playing through a sprained ankle and Tony Allen is still recovering from a strained hamstring. However, Gasol seems to now be healthy considering he registered 33 points and 13 rebounds in 38 minutes of action against the Indiana Pacers on Wednesday night.

The Grizzlies have struggled with perimeter shooting for years, and this year is no exception. Memphis is ranked 29th in three-point field goal attempts per game (15.2) and is 23rd in three-point percentage (33.9 percent). However, Courtney Lee has shot 40.2 percent from beyond-the-arc, while other players like Jeff Green and Conley are shooting well over 35 percent from distance. But this team inflicts most of its damage by running its offense through its starting big men, Zach Randolph and Gasol.

Randolph, age 33, is still a force in the post and around the rim. Averaging 16.1 points and 10.5 rebounds, Randolph will attack Aldridge in the post aggressively. Meanwhile, Gasol, age 30, continues to be one of the most skilled big men in the entire league, averaging 17.4 points, 7.8 rebounds and 3.8 assists. Gasol’s passing ability can be lethal and it will be up to Robin Lopez to try and contain him in the post area, where he does most of his damage.

Expect the Grizzlies to take Game 1 in front of their home crowd. Both teams are dealing with injuries, but the Trail Blazers have been hit much harder. With Aldridge playing through multiple injuries, Lillard will need to have another breakout postseason performance for the Trail Blazers to have a chance in each game of this series. Even if Lillard puts on a dominant performance, he will need significant help from what remains of his teammates.