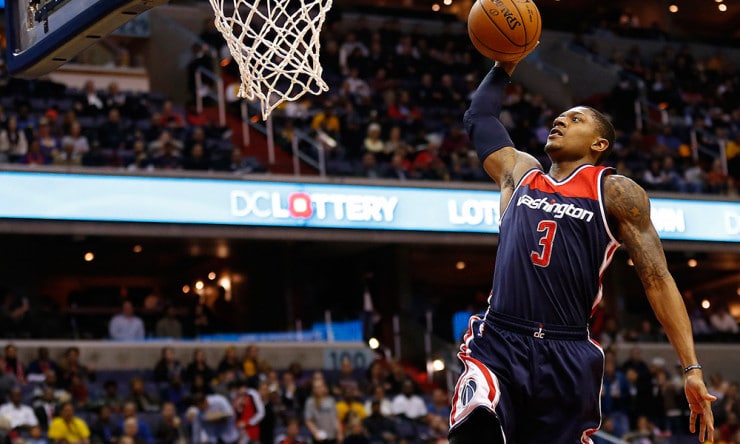 As expected, the Atlanta Hawks started Game 1 of their second round series against the Washington Wizards strong, rolling to a 63-point first half explosion. The Hawks were in a rhythm, having just closed out the pesky Brooklyn Nets on Friday night in emphatic fashion. Atlanta used the momentum early and appeared to have the Wizards on the ropes. However, the Hawks faded down the stretch in the second half of Game 1 and the well-rested Wizards outscored Atlanta 51-35 after the break to steal the road victory.

The Hawks shot a paltry 34 percent (13-of-38) from three-point range with All-Star guard Kyle Korver shooting a woeful 3-for-11 at the top of the list. Atlanta also shot a subpar 38 percent from the floor overall, with only one starter, the unheralded DeMarre Carroll, who connected on at least 50 percent shooting from the floor.

Turnovers and rebounding were two factors hindering the Hawks in round one versus Brooklyn. In Game 1 against the Wizards, the Hawks were outrebounded 54-52 and turned the ball over just 11 times – showing vast improvements in these two areas.

Washington entered the series with the size advantage on the inside, but in the first game Al Horford (17 points and seven rebounds) and Paul Millsap (15 points and 12 rebounds) rose to the challenge.

The Washington Wizards survived an early barrage by the Atlanta Hawks long enough to get their competitive legs back in the second half, after a week of rest, and narrowly pulled off a Game 1 victory.

Washington came out sluggish after being off nearly a week since sweeping the Toronto Raptors in round one. Readjusting to game speed took a bit of time, but when the Wizards started clicking, the Hawks began fading.

The Wizards have yet lose this postseason.

Emerging shooting guard Bradley Beal led all scorers with 28 points in Game 1 and thoroughly outplayed his All-Star counterpart Kyle Korver. The Wizards, as a team, committed a grand total of six turnovers in a masterful display of ball control.

The play of the team’s second unit should also be noted. Otto Porter Jr. recorded a double-double and veteran forward Drew Gooden scored 12 points and knocked down two three-point shots to help the Wizards close the gap. In total, Washington’s second unit outscored Atlanta’s 27-18 and outrebounded them 22-12.

All-Star guard John Wall banged up his wrist early in Game 1 but still finished with 18 points, 13 assists and three blocks while turning the ball over just twice in 39 minutes.

Veteran forward Paul Pierce continued his strong playoff run recording 19 points in 31 minutes against an Atlanta unit that successfully harassed and hounded Brooklyn’s wings, namely Joe Johnson, in round one.

The Hawks looked like they were coasting, putting up 60+ first half points against Washington. But fatigue set in during the second half and the Wizards’ fresher legs were clearly on display. There’s positives for both teams to take into Game 2. Atlanta held their own on the glass against the bigger Wizards frontline. Washington’s backcourt outscored the Hawks’ 46-24 in game one and also dominated them on the boards and playmaking.

Look for the Hawks to salvage a bit of their home court and pull out a competitive and highly contested second game.