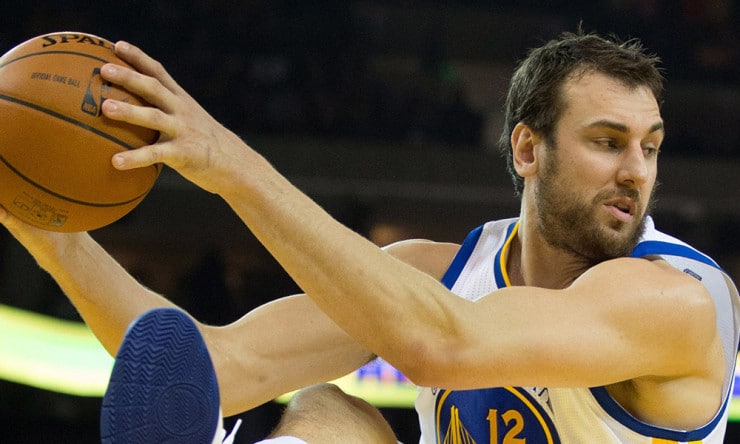 All feels right in the basketball world following Game 4. With questions swirling about their ability to raise their game to another level after encountering adversity on this scale for the first time all year, the Warriors gave some definitive answers. Their intensity was visibly higher, particularly on the defensive end, and they got the type of MVP performance from their star player that they needed to swing home-court advantage back in their direction.

Steph Curry came to play after a rough couple outings. He started slowly but was clearly locked in by the time the second quarter rolled around, showcasing his full array of dazzling moves and a few of his patented ridiculous makes from deep. The Dubs had their best per-possession rating on the night while he played.

Schematically, things were much more crisp across the board and should re-establish the Warriors as big favorites in the series, and for the title, if they continue. Movement offensively was reinvigorated after a bit of a lull in the last couple games. Steve Kerr made a heady change defensively as well, changing up his coverages with the starters and matching Andrew Bogut with Tony Allen, allowing him to invite Allen to fire away from distance while playing off him and patrolling the interior. Despite leaving either Marc Gasol or Zach Randolph with what appeared to be a mismatch at first glance, the tactic threw a wrench in Memphis’ plans when Bogut was constantly there to provide heavy pressure, confident Allen couldn’t exploit him.

This is the sort of crisp, dominant game we had come to expect from Golden State. If they maintain this level of focus and Kerr stays ahead of the game, they’re back to heavy favorite status despite a tougher road than expected.

It’s the Grizzlies who are back on their heels now, evidence of just how quickly the tides can turn in the playoffs, particularly against a truly elite team.

Zach Randolph had his worst game of the series, undoubtedly mixed up to some degree by Kerr’s innovation defensively. He and Marc Gasol were the Grizzlies’ two worst plus-minus players on the night, and it’s tough to see Memphis winning at Oracle Arena once again if these two aren’t able to regroup. The Griz were outscored by 11 points in just 15 minutes while Tony Allen was on the floor.

But potentially more worrying is what becomes of Allen now that Kerr appears to have found a matchup that really exposes his deficiencies. Bogut might be the best help defender in the league down low, and his presence as a double anytime either Memphis big went to work in the post isn’t something the Grizzlies will be able to rid themselves of unless Allen is out of the game. This could in turn open up all sorts of possibilities for the Warriors on the other end of the floor, particularly for Klay Thompson.

The ball is in Dave Joerger’s court now, though it’s unclear whether he has the personnel on his side to overcome this obstacle. Jeff Green saw more time in Game 4 and wasn’t awful, but he’s inconsistent and nowhere near Allen’s league as a defender, plus not quite enough of an upgrade offensively to tip the scales. The same goes for Vince Carter, and Courtney Lee can only play so many minutes. Grit and Grind will need to be in full effect for this series to swing back in Memphis’ favor.

Armed with renewed confidence, the upper hand tactically and a wild Oracle crowd, the Warriors take Game 5 to send Memphis to the brink of elimination.