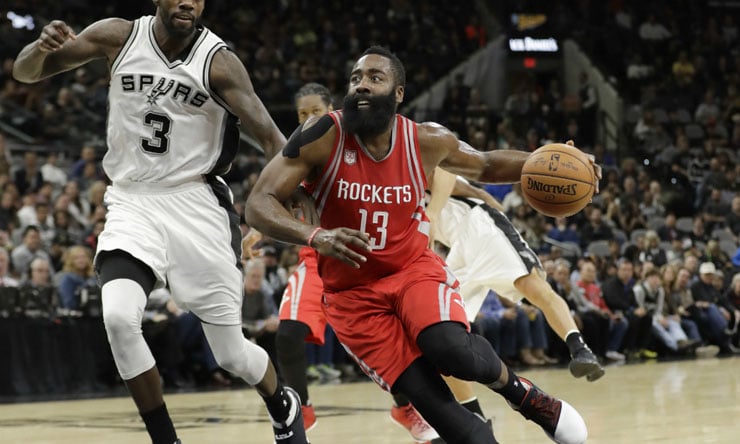 Houston Rockets star guard James Harden said he has been hobbled by an ankle injury that occurred in Game 3 of this first-round series against the Oklahoma City Thunder.

Harden made the revelation to ESPN’s Lisa Salters after the Rockets’ 113-109 Game 4 victory on Sunday afternoon.

Harden went 5-for-16 from the field (including 0-for-7 from 3-point range) and scored 16 points. It was the fewest points Harden has scored this postseason.