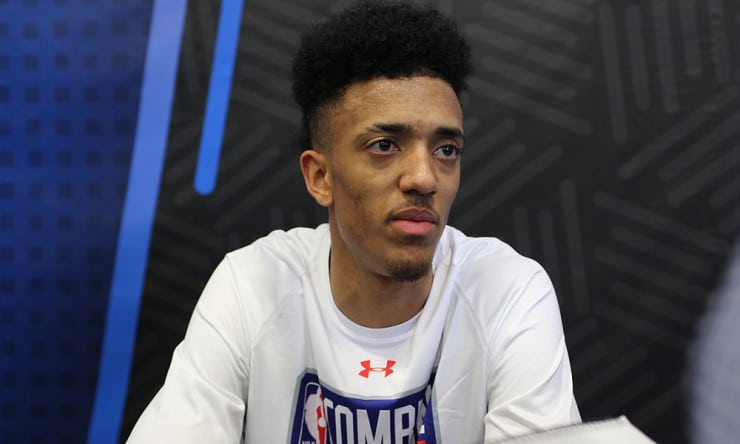 French center Jonathan Jeanne, who was expected to be a first-round selection in the 2017 NBA draft, has been diagnosed with Marfan syndrome, a potentially career-ending disorder, agent Bouna Ndiaye told The Vertical.

Jeanne underwent an MRI while participating in the Chicago draft combine in May that showed an abnormality in his spine that required follow-up examinations. He completed medical, physical and genetic testing at the Cleveland Clinic and received the results Thursday.

Jeanne, 19, is not expected to receive clearance for NBA workouts moving forward. At 7-foot-2, Jeanne was a rapidly rising prospect whom NBA executives believed could develop into a rotational center. He was projected to be the No. 22 overall pick in the most recent mock draft by DraftExpress’ Jonathan Givony.