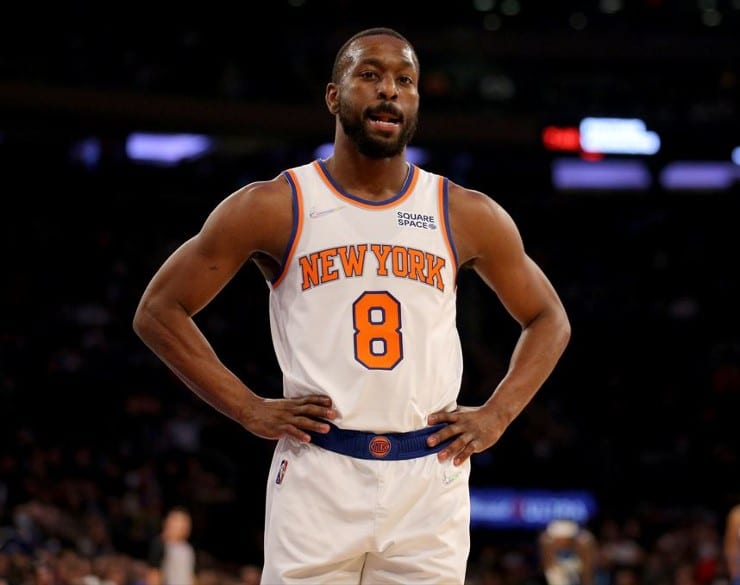 Kemba Walker and the Detroit Pistons are working toward a contract buyout, but the 11-year NBA veteran is concerned that other teams aren’t interested in signing him.

According to James L. Edwards III of The Athletic, the four-time All-Star might be hesitant to accept a contract buyout if he thinks other teams aren’t interested in him.

“Per sources, the Pistons and Walker had agreed on a number, which was a few million less than what he’s owed,” explains Edwards III.

Why is Kemba Walker still a Piston currently?

I answer that and more in my latest mailbag. (Sub for $1)https://t.co/phYmJhaiNd

“However, and this is just an educated hunch, Walker has yet to officially agree to the terms of the buyout because, well, a player usually takes a buyout when he’s sure that he can sign with another team and make up some of the money he gave back…”

“To sum it all up in one sentence: It feels like Kemba Walker doesn’t have another team lined up right now and there is no point in him taking less money until he does.”

This is an excellent point made by Edwards III. Of course, this isn’t the guard’s first contract buyout.

Walker wasn’t interested in playing with the Thunder because they already had Shai Gilgeous-Alexander, Josh Giddey, and Theo Maledon. Not to mention, they’re still a rebuilding team.

This led to him signing with the New York Knicks. After clearing waivers, he agreed to a two-year, $17.9 million contract with the organization.

On Christmas Day, in the Knicks’ 101-87 win against the Atlanta Hawks, Walker ended his performance with a triple-double. He amassed 10 points, 10 rebounds, and 12 assists.

He became only the seventh player in NBA history and first Knick to finish with a triple-double on Christmas Day.

In January, the once great player missed games due to another knee injury. Then, in the following month, the guard was sidelined for the remainder of the 2021-22 season.

If Walker’s worried of sustaining another season-ending injury, he’s better off staying with the Pistons. In multiple trades back in July, the team acquired him, Jalen Duren, Nerlens Noel, and Alec Burks from the Knicks.

An injury-prone player — entering his 12th NBA season — has limited options. He has no leverage. While another team will offer the guard another chance, Kemba Walker needs to learn how to make the best out of a terrible situation.

The Pistons are his fourth team in four years. It’s not a good look. In the 2011 NBA Draft, the Charlotte Hornets selected him ninth overall. He played his first eight seasons with Charlotte.