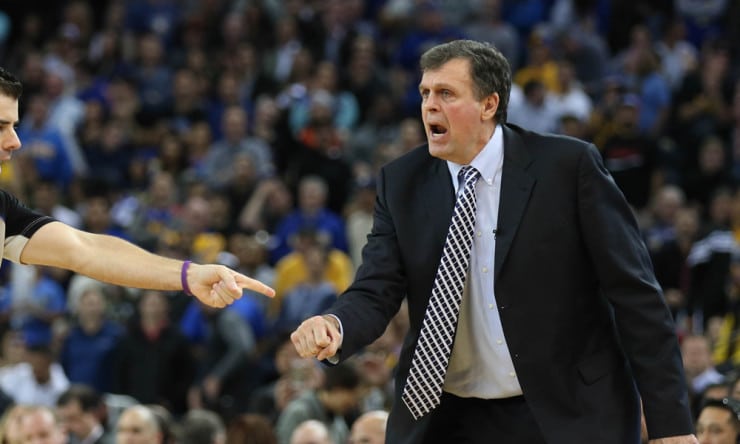 The former Rockets coach turned TV analyst had fired the opening salvo last week by declaring that Harden is “not a leader.” Harden responded by calling McHale “a clown” and questioning his character.

“Calling me names is not going to change my opinion as to what I saw when I was there,” McHale said Friday on TNT. “It’s hard to have credibility if you don’t play defense.”

McHale remained complimentary of Harden’s basketball skills while explaining what he considers to be leadership.

“[Harden] is a hell of a basketball player, he really is,” McHale said. “And to James’ credit, I will say this: He organizes guys in the summer. He does a lot of stuff. He does a lot of those things. When I was talking more about leadership is … it’s a tie game at half. It’s a playoff game, or you’re playing another team that’s tough and rumble, and they’re going to get after you. And all of a sudden, with four minutes to go in the third, you’re down nine. They’re getting every loose ball, they’re getting every rebound, they’re doing all this stuff. It’s not about skill at that point. It’s about will. I gotta impose my will on you. James at that point gets a little bit … that’s not his personality. Chris Paul, in turn, will get in your face, go nose-to-nose with you, say, ‘Hey, let’s go,’ and I think that’s what you need. Draymond Green does a great job, whenever you need a spark. He’s out there going jawing with somebody.”

Houston acquired Paul during the offseason, and McHale has praised the move due to Paul’s leadership abilities.

“Chris Paul will have that leadership at those times where [Harden] gets a little bit introverted, a little bit quiet,” McHale said Friday. “You saw the game with the Spurs, he gets to the point where he’s just passive. And Chris Paul’s not like that.”