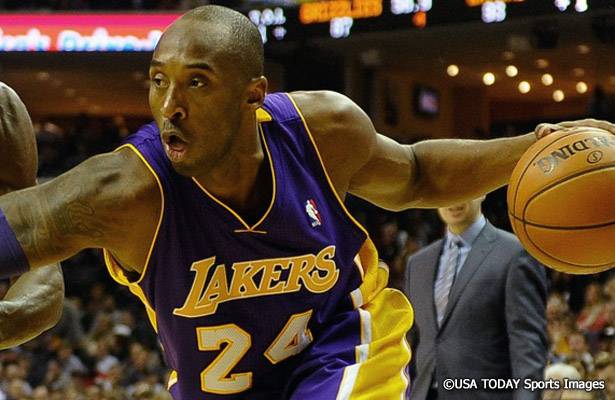 The Los Angeles Lakers record is just a number for Kobe Bryant.

Regardless of how many losses overshadow those in the win column, Bryant is determined to return this season from a fractured left knee injury. Sitting out the remainder of the year is not a consideration for him.

“The only thing I can consider, the only thing I can afford to consider, is getting better and getting strong,” he said prior to the Los Angeles Lakers game against the Boston Celtics at TD Garden. “I can’t allow myself to think any other way. I can only think about the next day. To do anything else becomes distracting. You give yourself wiggle room to not push yourself as hard as you possibly can. If I think that I’m going to sit out or this that and the other, then the motivation is gone. I refuse to have that happen.”

Bryant has not played since December 17. He plans to be reevaluated in February. Until then, he believes it is his job and responsibility to be ready to play again. Bryant admits there have been challenges in watching his 14-25 team this season, especially because he has not been able to help them on the court. He said he thinks about sitting on a beach to take his mind elsewhere.

“It’s been very difficult, very frustrating,” said Bryant. “I try to detach from it as much as possible. I feel like taking David Banner, or Bruce Banner, and putting him in the middle of a bar fight and hope he doesn’t become The Hulk. That’s what I feel like watching the games.”

While Bryant has been observing, one of his teammates did get in the middle of a scuffle. Nick Young was suspended one game for throwing a punch at the Phoenix Suns Goran Dragic on Wednesday. Young initially expressed he felt the incident was one against five without his teammates coming to his defense, but Bryant saw both sides. Although he did not condone Young’s actions, Bryant did recognize a spark in the seventh-year guard he previously had not seen.

“I think it’s tough, because it happened so fast, particularly for younger players like Kendall (Marshall). It’s really, really tough,” he said. “Ryan (Kelly), these are young guys. They’re not accustomed to being in this type of situation where an altercation breaks out. They learn from it, so now in the future, you see them in a situation where that happens, now they know how to react to those types of situation.

“For Nick I think it was a good sign. It’s never good to smack a player across the face, but for Nick personally, he hasn’t showed that competitive streak since he’s been in the league. I think now its kind of starting to come out of him, in terms of competing. It seems like it means more to him than just going out there and playing a game. So that’s a positive sign.”

On Thursday Bryant took his mind off basketball and surprised Boston College students by dropping in for a marketing class. The Lakers arrived in town at 5:00pm, giving him an hour-and-a-half to get there in time. He enjoyed hearing the proper terminology for some of the international marketing he has been doing over his career.

“It’s always fun to learn, to continue to get better in all facets of your life,” he said. “I may be a nerd or something, but I really, really enjoyed it. It was really, really fun to me. I look forward to doing that more often.”

If it is up to Bryant, though, he won’t have too much free time to do that this season.