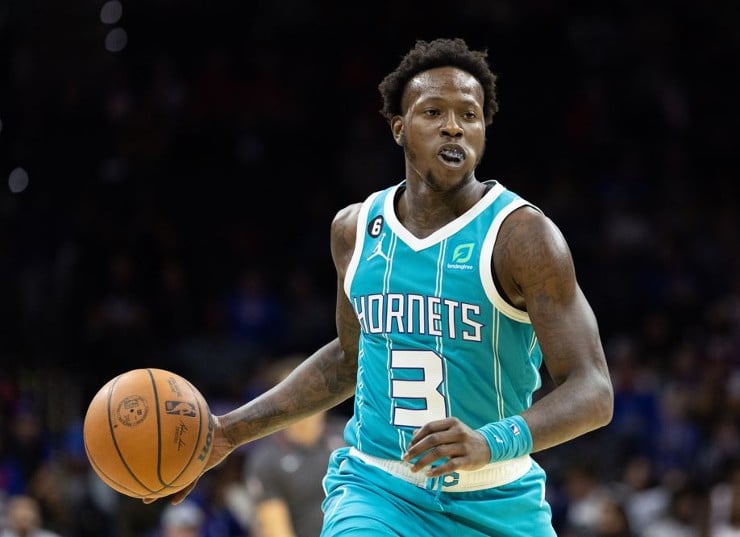 The Los Angeles Lakers are off to a slow start to begin the 2022-23 NBA season, and now reports are mounting that G.M. Rob Pelinka is interested in trading for Charlotte Hornets guard Terry Rozier and/or San Antonio Spurs guard Josh Richardson.

According to Shams Charania of The Athletic, the Lakers and Hornets held discussions during the offseason about a potential three or four-team trade. While a move never manifested, L.A. remains interested. Of course, the front office is demanding better perimeter shooting.

Per multiple NBA betting sites, the Lakers possess the 15th-best odds to win the championship in 2023. Since they’re still winless, a few sportsbooks have dropped them out of the top 10.

“The dynamic Hornets guard’s availability will be entirely predicated on the franchise’s direction for the future and its play as the season goes on,” explained Charania.

Over the summertime, the Lakers offered a trade package consisting of Russell Westbrook, a future first-round draft pick, and multiple second-rounders to the Utah Jazz for Bojan Bogdanovic. Jazz executive Danny Ainge was not intrigued.

Adding Rozier would be an instant upgrade for the Lakers. Two games into the season, the guard is averaging 23.5 points, 7 rebounds, 8.5 assists, and 1.5 blocks. Plus, he’s shooting 39.5% from the field and 40% from 3-point range.

Meanwhile, Spurs guard Josh Richardson is averaging 12.7 points, 1.7 rebounds, and 1.7 assists through three games. In his eighth season, he’s shooting 48% from the field and 47.1% from beyond the arc as well.

Either Rozier or Richardson would improve the Lakers’ perimeter shooting. As it stands now, Pelinka can offer the Hornets or Spurs one first-round draft pick and a few second-rounders for one of the guards. The team has two tradable first-round picks: one in 2027 and another in 2029.

Furthermore, trade talks are currently on hold for Indiana Pacers center Myles Turner and/or guard Buddy Hield. Whether the Lakers trade for Rozier, Richardson, Turner, or Hield, winning is all that matters. The team has to start winning games soon. They’re 0-3 to begin the 2022-23 season.

Now, Westbrook is effective for ball movement, rebounds, and defense. However, the Lakers need another offensive scorer. LeBron James and Anthony Davis are not getting any younger, and Westbrook is missing a lot of his shots. That’s an understatement.

Westbrook’s 4-for-26 field goal shooting in the Lakers’ 103-97 loss to the Los Angeles Clippers and 106-104 defeat to the Portland Trail Blazers tied him with his own worst-ever Lakers shooting performance: an awful two-game stretch of bricks last season in January.