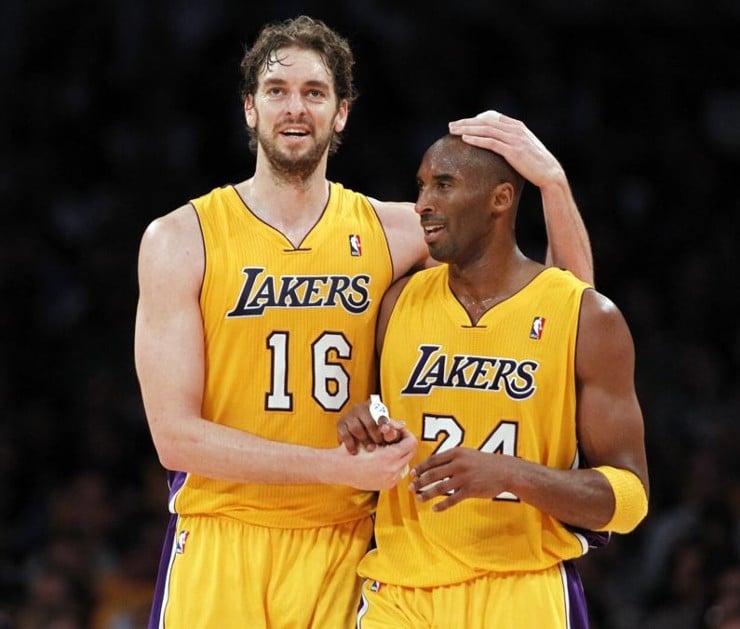 The Los Angeles Lakers will retire Pau Gasol’s No. 16 jersey on March 7, 2023, against the Memphis Grizzlies. On October 5, 2021, the two-time NBA champion and six-time All-Star retired from the league. His 18-year career will be remembered.

On Twitter, the Lakers’ official account tweeted this message: “A Champion, legend, and forever part of the Lakers family. 3/7/23 – We raise Pau Gasol’s jersey into the rafters.”

According to Land of Basketball, based on 99 regular season matchups, the Lakers are 61-38 all time against the Grizzlies. Of course, Los Angeles has lost in the last three consecutive meetings.

A Champion, legend, and forever part of the Lakers Family.

3/7/23 – We raise Pau Gasol's jersey into the rafters pic.twitter.com/F9snGrHO9o

Additionally, Gasol was selected third overall by the Atlanta Hawks in the 2001 NBA Draft. However, the forward/center was then traded to the Grizzlies on draft night.

Prior to getting drafted into the NBA, Gasol played for FC Barcelona, a professional basketball club in Barcelona, Spain, from 1998–01. While playing in Europe, Gasol became a three-time Liga ACB champion. His team won in 1999, 2001 and 2021. And he won ACB Finals MVP in 2001.

Lakers to retire Pau Gasol’s No. 16 jersey on March 7 vs. Grizzlies

Furthermore, in the 2001-02 NBA season, Gasol won Rookie of the Year and was selected to the All-Rookie First-Team. For the first seven seasons of his NBA career, he played for the Grizzlies.

On January 29, 2007, in the Grizzlies 124-117 win over the Sacramento Kings, he scored a season-high 34 points and 8 rebounds. Plus, Gasol finished with 8 blocks, tying the Grizzlies’ franchise record for blocks in a single game.

Moreover, after playing for the Grizzlies, Pau Gasol played the next seven seasons with the Lakers. On February 1, 2008, the 7′ forward/center was traded to Los Angeles.

During the 2008 Western Conference Finals, in the Lakers’ 100-92 series win over the San Antonio Spurs in Game 5, Gasol finished with a career-high 19 rebounds. Pau Gasol became the first Spainard to play in the NBA Finals.