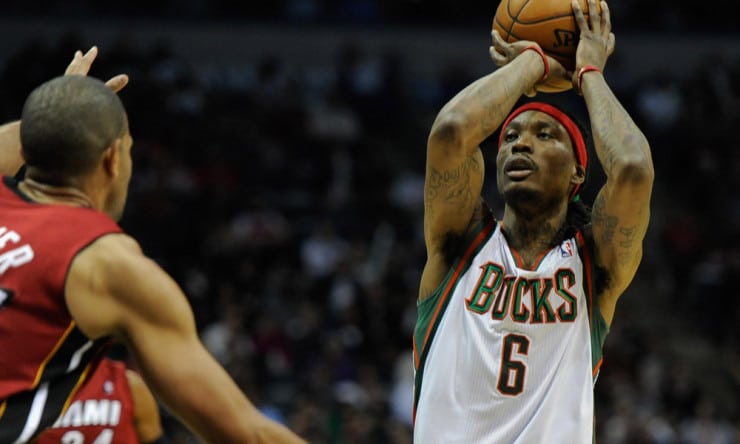 As his NBA playing career hinged on uncertainty, former Boston Celtics head coach Doc Rivers offered Marquis Daniels advice he is pursuing three years later. After suffering a terrifying injury mid-game in 2011 due to spinal stenosis, Rivers made a suggestion for Daniels’ future during his rehab process.

Daniels did return to the game and last played for the Milwaukee Bucks during the 2012-13 season. On Sunday, he visited his old stomping grounds at the Celtics’ training facility to explore a new career on the sidelines. The 10-year veteran has already made stops with the Brooklyn Nets, Los Angeles Clippers and San Antonio Spurs.

“I always had a knack for it,” Daniels said. “(I) just wanted to be involved with trying to develop stuff, Xs and Os, just seeing how it goes. I’ve been getting a lot of advice from different coaches, just going around getting a feel for it.”

Daniels, 33, has been staying around basketball by helping at high schools in Macon, Georgia. Ultimately he would like to work in the NBA, but he is exploring options at different levels. He interviewed for an assistant coaching position for the NBA Development League’s Austin Toros. Although he did not land the job, he continues to work on his resume while picking up insight along the way.

“You’ve got to learn to tell players to do stuff at a different tone and don’t expect for them to be able to do what they were able to do,” he said of the advice he’s received. “But try to give them your insight and help them with development on the court.”

Visiting different organizations has been a chance for Daniels to reunite with former teammates. Rajon Rondo offered a warm welcome and the two were all smiles as they caught up. Kevin Garnett was also pleasantly surprised when Daniels spent time with the Nets.

“He was like, ‘What? Am I seeing a ghost?'” Daniels said. “It was just good to see him, just to be around him. We developed a great relationship when he was here (in Boston). He said, ‘You should go for it, man. I think you’d be good at it.'”

Daniels has the support from players around the league. Brandon Bass gave him a stamp of approval without hesitation.

“(His) experience, the players he’s played with, the coaches that have coached him — he’s perfect for it,” said Bass.

Since being out of the league Daniels has not had any health problems related to his spinal condition. A lot of his time is now devoted to bringing his children to baseball practice. He hasn’t stopped rapping, either.

But there is a magnetic feeling he gets every time he steps on a basketball court that fuels him to chase a new career path.

“Being away from it and then you come back around it’s like man, it makes you appreciate it a lot more,” he said.