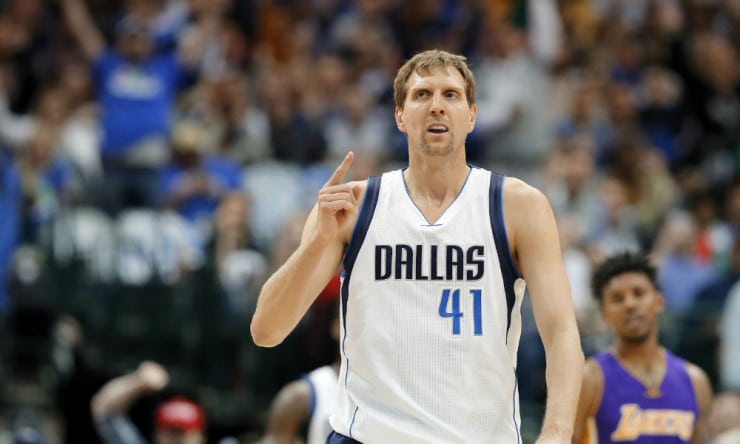 Dirk Nowitzki joined another exclusive NBA club when he reached the 50,000-minute milestone on Monday night.

Nowitzki, who has played for the Dallas Mavericks his entire 20-year career, became the sixth player to play at least 50,000 minutes in his NBA career when he logged seven minutes in Monday’s game against the LA Clippers.