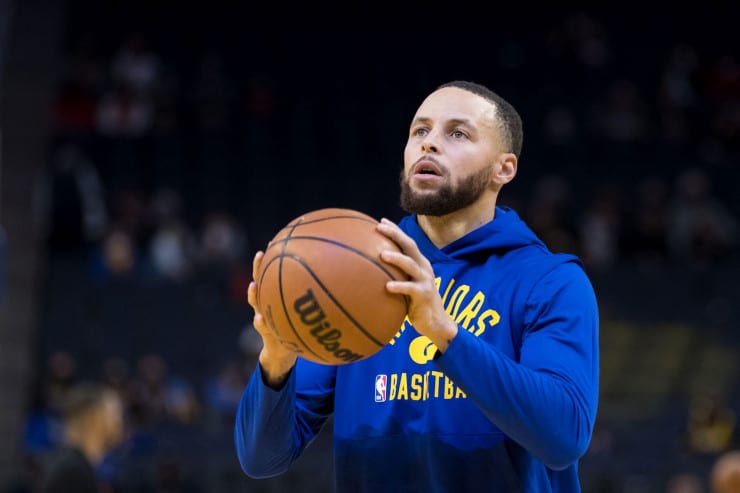 The most coveted award every season is often the most debatable. There is a long list of qualified candidates for the league’s Most Valuable Player award, which includes a mixture of former winners and first-time hopefuls.

Entering tonight’s showdown with the Utah Jazz, Stephen Curry holds the best odds (+170) at winning the award. The 33-year old sharpshooter is aiming to collect his third MVP award as the Golden State Warriors are back in the championship picture. With Klay Thompson back on the floor, the Warriors have their core group back intact. Once Draymond Green and James Wiseman return from injury, Golden State will be nearly impossible to beat.

Getting the Splash Brothers duo back to where they used to be will take some time. The Warriors have eased Thompson into things, allowing him to get comfortable alongside the rest of the new guys on the roster. Curry has taken a step back as well, but his performance in the first half of the season was truly historic. His first game-winning shot on Friday night was just another reminder of that.

STEPHEN CURRY WINS IT AT THE BUZZER 🚨 pic.twitter.com/6MTKZhpX5X

In addition to his record-breaking three-point shooting, Curry has been dishing out more assists and his steals are at the highest they have been since the 2017-18 season. His free-throw attempts are down compared to last season but he is still hitting them at a higher rate than his 90.7 percent career average. Golden State dominated the first half of the season, and as the team’s best player, Curry was reaping the rewards.

The Warriors actually have a losing record (6-7) since Christmas and part of that has been the adjustments they have made while incorporating Thompson back into the lineup. One team that has been on the rise as of late is Milwaukee. The defending champions are led by Giannis Antetokounmpo, who like Curry, is seeking his third MVP trophy this season. Antetokounmpo has won nearly every award and has the next-best odds (+325) to win the MVP this year.

Reigning MVP Nikola Jokic has a decent shot at repeating with +550 odds to win. The big difference here comes from the team aspect, where the Denver Nuggets sit 6th in the Western Conference with a 23-21 record. There is a possibility that they could get both Jamal Murray and Michael Porter Jr back before the end of the season, which could help. Another dominant big man carrying an above-average team is Joel Embiid. The seven-footer (+800) is after his first MVP award as he has the 76ers sitting in 6th in the East.

Rounding out the top five from oddsmakers is Ja Morant (+1400) who is having a breakout season. The Grizzlies have been one of the best surprising teams this year and Morant’s playmaking and high-flying theatrics have made Memphis one of the most entertaining teams to watch. The Grizzlies have the 3rd seed in the West, which does factor into the final voting for this award.

A few weeks ago many oddsmakers had Kevin Durant as one of the favorites to win this award but with his knee injury holding him out until well after the All-Star break, it appears as though his odds (+1800) have plummeted. Other candidates still with a shot are DeMar DeRozan (+3500), LeBron James (+4000), and Luka Doncic (+5000). The Phoenix backcourt of Chris Paul and Devin Booker both hold +8000 odds of winning.

The odds for this award fluctuate on a weekly basis and there are several factors that come into play. We are well into the second half of the season and the All-Star break is just a few weeks away. Once that weekend commences, teams and players begin to cement their place in the hierarchy of the game, and this year will be no exception. It is important to consider the entirety of the season, ignoring any recency bias that may be present.

The Warriors still have 36 games remaining and while Curry’s numbers have slightly dipped, he still ranks 6th in scoring, and top-ten in both assists and Player Efficiency Rating. Once Thompson finds his groove, Curry will likely return to early-season form. Some of these other candidates could also slip over the final stretch of the season, but right now this race is wide open.