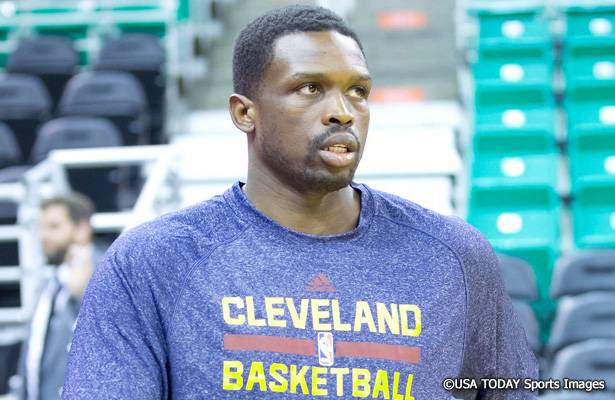 It’s been a true culture shock for Luol Deng since he’s been a Cleveland Cavalier over the past 26 days. Not in a good way, either.

Deng has seen how a team mired in losing since LeBron James left town wrongly caters to its young star players, even as they continue to undermine head coach Mike Brown at almost every turn. In Chicago, where Deng broke in and played nine-plus seasons, there is a winning culture where players are expected to act like professionals and understand that they will suffer the consequences if they step out of line.

As Deng recently told one close friend, “the stuff going on in practice would never be tolerated by the coaching staff or the front office back in Chicago. It’s a mess.”

Via Mitch Lawrence of the New York Daily News

Any concern about losing All-Star point guard Kyrie Irving should become secondary for the Cleveland Cavaliers right now because he doesn’t even have the ability to become an unrestricted free agent.

Deng is an All-Star small forward and a consummate winner. They were extremely fortunate to be able to turn a huge mistake in Andrew Bynum into his acquisition. He’s the kind of guy you need in your locker room if you’re going to change the culture, which the Cavaliers need to do in the worst kind of way. He’s also the kind of player who could help convince a guy like Irving to stay, so he should really be the top priority, not Irving.

There’s been a lot of talk about the Cavaliers overhauling their roster at the trade deadline, which is easy to say but harder to do without downgrading in talent. It’s no secret how big of a mess their locker room is right now, but Deng and Irving are two players you can build around. If you have to get rid of the trouble around them for less than equal value, it’s worth it to take a couple steps back to hopefully take several forward in the future – but more importantly not lose your two best players. Because once one goes, the chances of the other staying decreases dramatically.

Deng publically denied Lawrence’s report Saturday night, as you would expect someone of his character to, but the Cavaliers can’t rely on that. They have to make sure that they give Deng more reasons to stay than leave, and they’re not off to a great start so far.

John Wall and Kevin Durant both share the same trainer, Rob McClanaghan, and worked out together a few times last summer in Los Angeles. Wall didn’t deny that has already started planting seeds about Durant playing in Washington.

“I throw a little slick shots here and there,” Wall said on Friday with a laugh. “Try something.”

Though Durant hasn’t offered any hints – at least publicly – that he would be interested in leaving Oklahoma City, the three-time scoring champion will surely be the most sought-after free agent in two summers.

Expect this to become the norm moving forward as long as there appears to be a glimmer of hope that Durant would leave the Thunder in free agency when his current contract expires in 2016.

The Wizards are an interesting option to think about, though, because Durant was born in Washington, D.C. However, we’ve seen plenty of cases in the past where players are actually opposed to the idea of playing in their hometown because of all the distractions that would come with it.

Durant seems to live a pretty distraction-less life, and it’s hard to imagine that would really change even if he were to move back home. What will help the Wizards more than anything is having a supporting cast in place that Durant feels he can win with. They have an attractive core forming with Wall and Brad Beal, but they’re going to have to prove that they can win without him at a high rate over the next two years if the Wizards are going to have a chance in what is sure to be a free agency pursuit for the decades.

As for rumors that Irving wants to fire his agent, Jeff Wechsler, the Cavaliers point guard laughed.

Via Jodie Valade of Cleveland.com

There’s not much that a change of agents would do for Irving, anyway. There’s no question that the Cavaliers are going to offer him the maximum, which every agent in the league would encourage him to accept, no matter how bad the situation is. Wechsler is one of the best agents in the business as well, so even if he were to go to one of the other power agents, his situation would still be the same. Plus, with Irving being one of his premier clients, it’s hard to imagine him not willing to go to the same extents any other agent would in attempt to appease him. As Irving basically said, move along – there’s nothing to see here, with this matter at least.