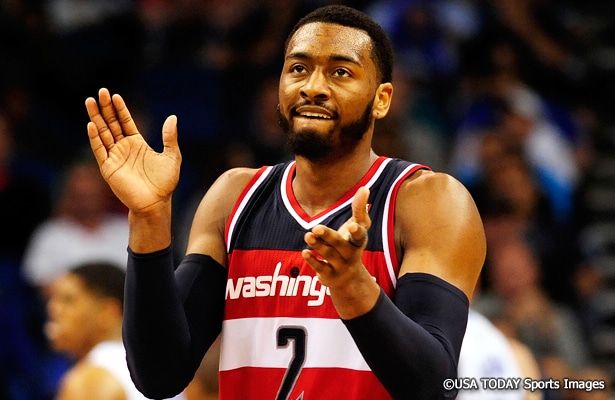 Every once in a while, the basketball gods align things just right and we wind up with two conference finals comprised of the two top seeds in each conference. That’s precisely what’s on tap as we await today’s tip-off of the Eastern Conference Finals between the top-seeded Indiana Pacers and the second-seeded Miami HEAT. Tomorrow, of course, we’ll see the West’s top-seeded San Antonio Spurs take on the second-seeded Oklahoma City Thunder. As we eagerly anticipate the start of what is sure to be a competitive week of basketball, here are five things we’ve learned about the NBA during this year’s postseason run.

1) Stars need help to win a playoff series. It is absolutely true that you need multiple superstars to get deep into postseason play, but what isn’t generally understood by casual observers of the league is that it is not those stars alone who ultimately determine the outcome of series. Yes, Kevin Durant and Russell Westbrook have been unbelievably good for Oklahoma City, but without Nick Collison and Steven Adams stepping in for Serge Ibaka (calf injury) and Kendrick Perkins (foul trouble), respectively, the Thunder could very well be at home watching the Los Angeles Clippers play the Spurs. Likewise, if Patty Mills doesn’t fill in admirably for the injured Tony Parker, the Portland Trail Blazers might still be alive. Meanwhile, Ray Allen’s scoring has been key for Miami’s otherwise anemic support for LeBron James, Dwyane Wade and Chris Bosh. Stars are incredibly important, but to win key games in postseason play every team needs someone from the supporting cast to step up.

2) Washington Wizards are impressive. The Washington Wizards were intriguing on paper to start the 2013-14 campaign, but most pundits were asking if they might be a playoff team, not if they might be contenders. Next season, the latter question might just be legit. Of course, they have a couple of key free agents that must be locked up in Marcin Gortat and Trevor Ariza, but the Wizards are starting to turn the tide on national opinions about the long-suffering squad. John Wall looks like someone who really could lead the Wizards deep into postseason play, and with another year together their core group might find the chemistry they need to overcome an ever-older HEAT team or the Pacers team they knocked around a bit this season. For more on the Wizards, see below.

3) Sam Presti does it again. The Oklahoma City Thunder are somewhat of an enigma in the modern NBA. They play in a small market and they don’t relish paying luxury tax, yet they are consistently among the top teams in the league. No other team north of San Antonio has managed that feat. The reason, of course, is that Thunder GM Sam Presti is one of the best in the business when it comes to drafting promising players, while Scott Brooks and his coaching staff do an equally good job of developing that talent. Kevin Durant and Russell Westbrook were terrific picks, and guys like Serge Ibaka and Reggie Jackson have benefited from the development they have undergone with OKC. Next in line? Keep an eye on backup center Steven Adams, who was drafted with the 12th overall pick in the 2013 NBA draft and has taken several significant steps forward both this season and in the playoffs. Don’t be surprised if he is one of the next really good starting centers in the NBA next season.

4) San Antonio’s sustained brilliance. It shouldn’t surprise anyone that there is a method to Gregg Popovich’s madness. It’s not just about saving the legs of older players like Tim Duncan and Manu Ginobili, Popovich’s careful method of managing minutes has an even more beneficial side effect. No one on the team averaged more than 29.4 points per game, and while that certainly reduced the wear and tear of the 82-game marathon, it also meant that most of the players on the team were in games at critical times at one point or another over the course of the year. When Patty Mills is called upon to play big minutes and help deliver a win, it’s not his first time being in that situation. If Boris Diaw has to shoulder extra minutes, it’s not  anything he hasn’t done during the year. Tiago Splitter, Marco Belinelli, Mills, rest assured these players and others will have their moments at critical times as the Spurs look to add one more ring to Duncan’s collection. Thanks to Popovich’s minutes dispersal system they will be ready when called upon.

5) Pacers/HEAT 2.0 could disappoint. One of the most exciting series of the 2013 NBA playoffs was the Eastern Conference Finals showdown between the Indiana Pacers and the Miami HEAT. This time around, it could be a very different story. The Pacers have struggled to find their identity since the moves that shook up their chemistry at the trade deadline, and while they showed signs of being the dominant defensive team they once were in eliminating the Wizards, their fragile psyches – especially at home – have to be a major concern for head coach Frank Vogel and his staff. Meanwhile, the HEAT have not exactly been blowing away the competition themselves. Though they are vastly better than any other team in the East beyond Indiana, the HEAT have gotten far too few contributions from their supporting cast and Dwyane Wade has been visibly slowed by his knee. Perhaps, now that the stakes are higher, we’ll see these two teams emerge as the powerhouses that they were last season. It’s also easy to imagine one or the other of these two teams crashing and burning in cataclysmic fashion, leaving coaches and free agents-to-be sprawling in the aftermath.

Last season, Washington Wizards point guard John Wall had to stare down some unsettling criticism. Famed NBA agent David Falk, who is a Wizards season ticket holder, launched into a premature rant about the team, focused primarily on Wall.

“You guys are in dreamland, because this team [stinks] so bad you guys want John Wall to be someone he will never be,” said Falk. “I’m serious. He doesn’t have a feel for the game. He only knows how to play one speed. Magic Johnson had a great feel, a court sense, by the time he was a sophomore in college. Chris Paul had it by the time he was a sophomore in high school. … You can develop your jump shot all you want, but if you don’t know how to play more than an up-and-down game by the time you’re about 20 as a point guard, the chances of learning are very slim. I don’t see it happening.”

Those comments came in the midst of a year in which Wall took significant steps forward developmentally, averaging 18.5 points and 7.6 assists per game despite being set back by injuries. This year he was even better, averaging 19.3 points and 8.8 assists while appearing in all 82 regular season games.

“I could not be more pleased with what they have done,” head coach Randy Wittman said of his backcourt duo after being eliminated by Indiana. “Bradley Beal, in his two years, and John now in his fourth, really could not. This kid [Wall], I think tonight was our 101st game of the year counting exhibition, he did not miss a game. He did not want to miss a game. He was there for me for 101 starts. As a coach, that means a lot. That is the type of person he is, competitor he is and that is why he is going to continue to get better. Bradley Beal is on the same line on what he has done with his first two years and the growth that he has had from year one to year two.”

Wall’s commitment to the team has, indeed, been impressive, as has his determination to be the leader both on and off the court. Slowly but surely he is proving to be the franchise player the Wizards hoped he would become when they drafted him.

“Nobody expected us to be here,” Wall pointed out. “I just want to thank God for giving me this opportunity to be here and compete as a team. I think we got a lot of effort from a lot of teams. I think a lot of teams respect us now. We definitely made Indiana earn it. Give them a lot of credit for coming out and just giving us a lot of experience to know what it takes to win and compete, and close out games and get to the next level. We just want to say thanks to everybody that supported us, and our family, friends, the organization and definitely our fans.”

There is an air of finality to those comments, but Wall is anything but finished. This was a huge season for the entire Wizards team, developmentally, and we can expect that they will be back with a vengeance next season.

“When we were coming out of the game, I was just shaking my teammates’ hands it kind of hit me that the season was over,” Wall said. “To have guys come out and support us all season, it was tough. You didn’t want it to end. We got into the locker room and coach came in, you could see it before he could say a word, he was very emotional. All of us were. We knew how far we came. And you know you can’t just jump the hurdle and get to the Eastern Conference Finals. We just were shocked and amazed what a heck of a season we had to get this far. We were one game away from forcing a Game 7 against the number one team in the East. It was a successful season for us as far as we went, [something] that a lot of people didn’t expect.”

Whether or not you’re a fan of the Wizards, you have to appreciate everything that struggling franchise has been through and how far they have come. One of the league’s long-suffering organizations has turned an important corner, and if they handle free agency right they should be even better next season. Best of all, a young player who brought high hopes to the team when they drafted him is starting to prove he was worth every bit of the hype.

NBA Chat with Bill Ingram: In case you missed my last NBA chat, find it by clicking here! You can also go ahead and submit a question for this week’s chat, which you can find here! I make an effort to answer every non-repeat question, and early questions are virtually guaranteed to be answered, so drop yours in now!