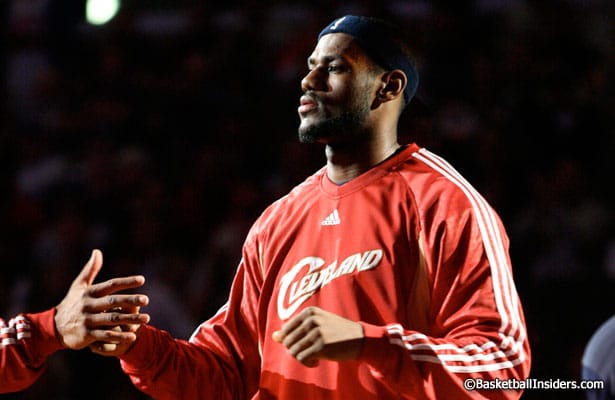 Hilarious Video of the Day

Have you ever stopped and considered what some of the biggest stars in the NBA might sound like performing top-20 songs ‘A cappella’? Oh yeah, you too?!?…welll, here you go!

Flashback Photos and Videos of the Day

Larry Legend with the no-look pass vs. DePaul back in the day.

Bird vs. Jordan in their ’86 showdown. Enjoy.

Bird’s competitive streak was reportedly one for the ages. There’s a rumor that he once circled the locker room during All-Star weekend and told his opponents he “wanted to see who might come in second place” when asked what he was doing? They simply don’t make them like Bird anymore.

Friday Phenoms of the Day

We take a look back at several NBA players you may recognize for today’s Flashback Phenom section.

Some of the highlights may be a bit grainy, but then again the footage is from 1995-96. A look back at a 16-year-old Kobe and his father Joe Bryant during his days at Lower Merion HS.

Shaq has been “The Diesel” for a LOOOONG time. High school Shaq was actually less fair than the NBA Hall of Fame version.

These clips are from just over a year ago, but you’ll definitely see a few guys from this year’s rookie class. As always, thanks Ball Is Life crew!

Instagrams of the Day

The Bulls welcomed Pau Gasol and Nikola Mirotic into the fold on Friday.

LeBron took to Instagram and Twitter to ask fans which number he should wear upon officially returning to the court in Cleveland?

Only one thing missing from this party bus for DeAndre Jordan’s birthday…but something tells us we won’t be getting footage of things once the “main attraction(s)” come aboard.

Footage from the Warriors’ cheerleading tryouts.

The HEAT Dancers are just about ready for auditions to begin.

A couple current Mavs Dancers offering a bit of advice for any hopeful newcomers.

Apparently, if you are so inclined, you can actually vote for your favorites of the top-10 finalists at Bucks.com.