Home » news » Out Of Bounds Horford Loves The Kids 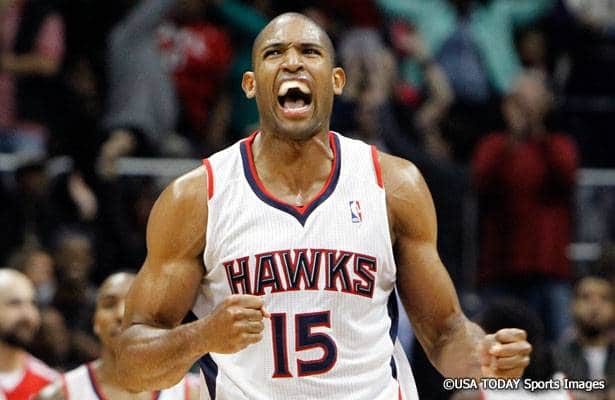 Younger fans may not remember these, but the NBA used to put together funny videos and compilations each year. YouTube may have taken away the need, but these vintage clips are still great.

Zach LaVine has been turning heads throughout this pre-draft process.

With all the uncertainty surrounding Joel Embiid’s health, it was great to see him appearing to be back at full strength in this clip.

Looks like Brandon Rush has some fresh Kobe’s on deck for the day.

It’s actually great to see that Al Horford taking the time to personally respond to his mail and requests from fans rather than simply having “Turtle” do it.

Earlier this evening the Miami HEAT Dancers, Burnie and @UptownDale hosted a block party in South Miami and took over the #WhiteHot home of a HEAT superfan and season ticket holder!

Whether you’re a fan of the HEAT of not, it sure does look like a fun time partying with their fans.

Award of the Night

JUST ANNOUNCED: Our very own Shane Battier has been named the NBA Twyman-Stokes Teammate of the Year! The NBA will make a donation of $25,000 to Battier's Take Charge Foundation. Join us in congratulating Shane on this achievement!

Hoy día de barbacoa!! Espero q hayáis pasado un gran sábado!! Today we had a great barbecue!! I hope you are all having a great Saturday! #TiempoEnFamilia #FamilyTime

Could you pass a link and a drumstick, Pau?

Old School Photos of the Night

Join us in wishing Joe Dumars a HAPPY BIRTHDAY!

#FlashbackFriday Who Am I? Can you name the former Kings guard who has been removed from this photo?

Can you name the missing former-Kings guard taking Rick Fox baseline in this throwback photo? Slava Medvedenko does not approve, by the way. We see you, Coach Shaw.

Your #Pelicans Dance Team is ready for some baseball! Let's go #Zephyrs!

The Pelicans’ Dance Team is giving folks another reason to be interested in minor league baseball!