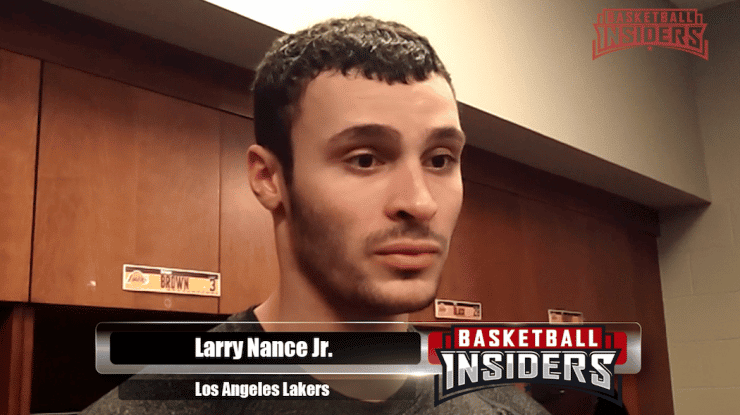 Larry Nance Jr. had a roller coaster ride last season. He started the year with the Portland Trail Blazers but then was traded to New Orleans Pelicans in the C.J. McCollum deal. While his numbers were not anything to write home about, Nance Jr. still filled vital roles for both teams. The son of former dunk champion, Larry Nance, has finally seen his perseverance pay off. Per Adrian Wojnarowski, the New Orleans Pelicans are signing the former Wyoming Cowboy to a two-year, $21.6 million contract extension. This is a great deal for both sides as Larry Nance Jr. was entering the final year of his current deal and it helps New Orleans solidify their young nucleus for the future.

Larry Nance Jr. has had an interesting career so far. For his career, he has averaged 8.1 points, 1.2 steals, 6.5 total rebounds, and 1.9 assists per game. He also possesses an effective field goal percentage of 56.2 percent, a player efficiency rating of 16.4, and a career defensive win share total of 9.4. His best scoring season saw Nance Jr. tally 10.1 points per game to go along with a field goal percentage of 53.1 percent and a three-point shooting percentage of 35.2 percent for the Cleveland Cavaliers back in the 2019-20 campaign.

Larry Nance Jr. will never be a number one or two option for offenses. That is not the role he serves with teams and that is okay. What he does provide is solid defense and someone who can pester the elite wings of the league. He was tasked many times with guarding the likes of LeBron James, Kevin Durant, Paul George, and other star wings. Speaking of LeBron and PG13, Nance Jr. actually held both players to under 10 points when he was guarding them last year. Using his short time with the Los Angeles Lakers to judge his overall body of work would be a disservice to him. He had some great moments in Cleveland and Portland as he was a reliable role player and made plenty of plays that did not show up in the box score.

The New Orleans Pelicans have wasted no time getting their core locked down for the future. They also recently signed C.J. McCollum to a veteran extension. The team will be getting Zion Williamson back healthy who looks as if has slimmed down quite a bit and still have an All-Star small forward in Brandon Ingram. The Pelicans now have their star trio solidified, but them also extending Larry Nance Jr. shows they know the importance of having quality auxiliary players around the main three. As this nucleus continues to play together, the chemistry will get better and New Orleans will be a dark horse team for the future.

Many are already speculating the Pelicans to be the surprise of the Western Conference this season. They certainly possess the talent. The team reached the playoffs and lost in the first round to the Phoenix Suns last year. This was some valuable experience for their young players and now with other players, such as Nance Jr., in for the long haul, big things could be on the horizon for the New Orleans Pelicans.