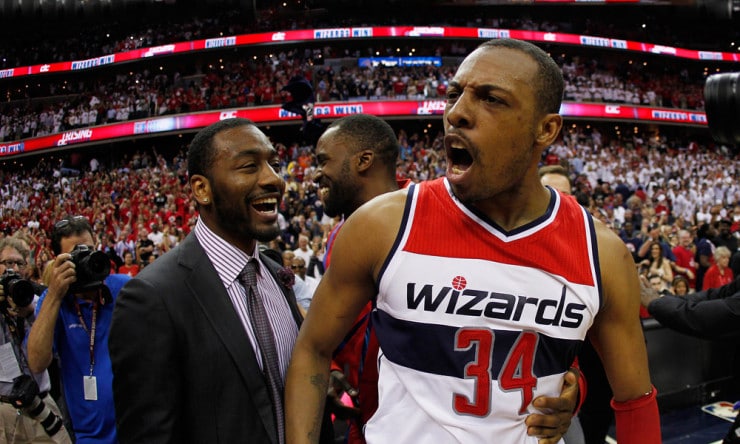 (Paul) Pierce hit a 3-pointer with 8.3 seconds left that gave the Wizards an 81-80 lead over the Hawks in Game 5 of the Eastern Conference semifinals Wednesday at Philips Arena. The potential game-winning shot came in front of the Hawks bench.

Pierce turned to the bench and said, “Series.” The bravado was heard by people sitting nearby.

The Hawks pulled out an 82-81 victory when Al Horford scored on a putback with one second remaining. It’s the Hawks that now hold a 3-2 series advantage.

via Chris Vivlamore of the Atlanta Journal Constitution