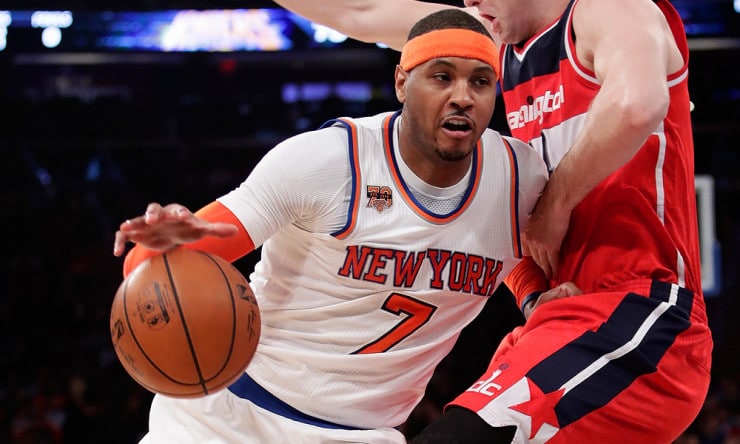 Armed with a hope that Carmelo Anthony will eventually waive his no-trade clause, the New York Knicks have reached out to the Boston Celtics, Los Angeles Clippers and Cleveland Cavaliers to probe their interest in a trade, league sources told The Vertical.

Knicks president Phil Jackson is determined to find a destination and deal that Anthony would agree to accept before the Feb. 23 NBA trade deadline, league sources said.
Source: The Vertical