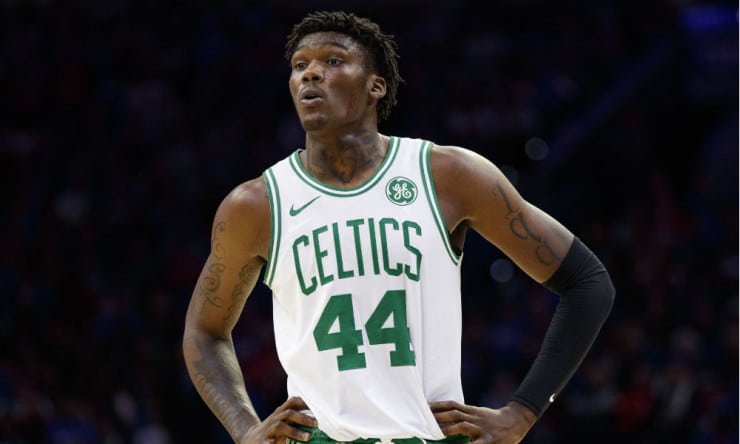 The Boston Celtics will be without Robert Williams until some point in the second half of the season. Williams is still rehabbing after having multiple surgeries on his knee.

Williams recently had to have a PRP (platelet-rich plasma) injection into his surgically repaired left knee. The injection was done to continue to promote healing in his knee while he rehabs to get back on the floor.

He’s expected to return sometime in the second half of the season. With Williams out, Boston was forced to start longtime NBA veteran, Al Horford, at center.

"I'm told that Robert Williams underwent a PRP injection on Monday to continue promote healing in that injured knee, and he's going to return at some point during the second half of the season."@ShamsCharania

Despite being without Robert Williams, the Celtics were still able to handle business on opening night vs the 76ers. What did trouble them was the rotation of their front court players with Williams out. Early in the game, Horford got into some foul trouble and Boston was forced to power forward Noah Vonleh in earlier than expected.

Additionally, the Celtics used newly signed Blake Griffin when Vonleh or Horford were not on the court. Griffin has changed the way he plays his game. He’s not quite as athletic as he used to be, but his intensity and effort make up for it.

The hope is that Williams may be able to return in late December or early January, but it’s too early to tell. Williams was a huge part of the Celtics run to the NBA Finals last season and he’s a spark to their exceptional defense. Boston still looked dominant on defense yesterday. That seems to be the backbone that holds the team together.

Four of the five starters for the Celtics recorded a block in their 126-117 win vs Philadelphia. Surprisingly, the only starter to not record a block was their center, Al Horford. The Celtics also out-rebounded the 76ers on Tuesday night. Boston will do what they can to survive the early half of the season without Williams.