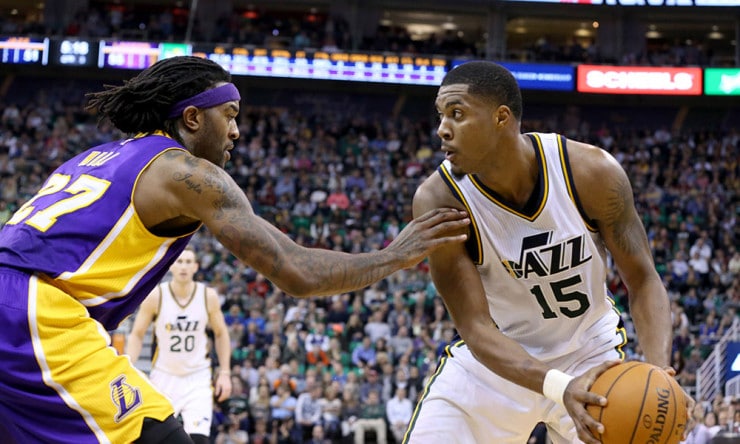 The Utah Jazz may have ended the 2014-15 season seven games out of the Western Conference playoff race (38-44), but fans of the team had to be encouraged by the 21-11 finish to the year and impressive development of their talented young core. Gordon Hayward appeared more comfortable in his leadership role under rookie head coach Quin Snyder, and Rudy Gobert continued to develop at a rate that should have him in the All-Defensive team discussion within the next couple seasons.

General manager Dennis Lindsey mentioned the team’s willingness to spend the bulk of their available cap space this summer if the right opportunity were to present itself, but did not specify which direction the team might be looking. With rumors about a potential mutual interest between the team and soon-to-be free agent Paul Millsap beginning to circulate, we now have a source confirming the organization not only intends to move up in tomorrow’s draft, but could be willing to package assets and players to do so if necessary.

“I think [the Jazz] might be able to even try to package some things together and move up and make a move in the upper half of the early picks and see if maybe they can get a special talent,” said David Locke, the radio voice of the Utah Jazz. “I don’t know if they’ll be able to do that. They have enough depth and enough talent on the roster that I am certain they are trying to couple those assets, those picks and those players to maybe move up and acquire one other unique talent.”

Locke went on to confirm this with Jordan Buscarini of KOAL 750 AM (the Jazz affiliate).

Locke didn’t go into which current assets such as the picks (12, 42, 54) or current players could be moved, but we are reminded of the rumors surrounding a potential move that would have involved power forward Derrick Favors just prior to last year’s draft. The team may have vehemently denied them last summer, but those dots aren’t exactly difficult to connect if the murmurings about Millsap ultimately come to fruition.