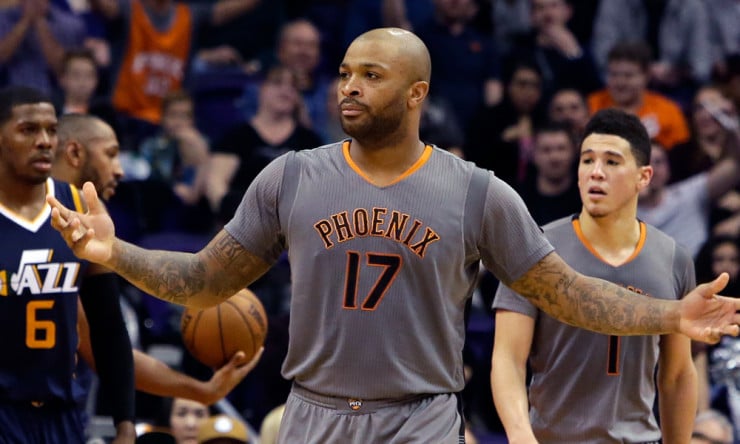 The club has preliminary interest in veteran free agent P.J. Tucker, per league sources. Jeff Hornacek coached Tucker in Phoenix and praised him last season as a strong locker-room leader and intense defender. Tucker shot 35.7 percent from beyond the arc last season, including a 40 percent clip after being traded to the Toronto Raptors.